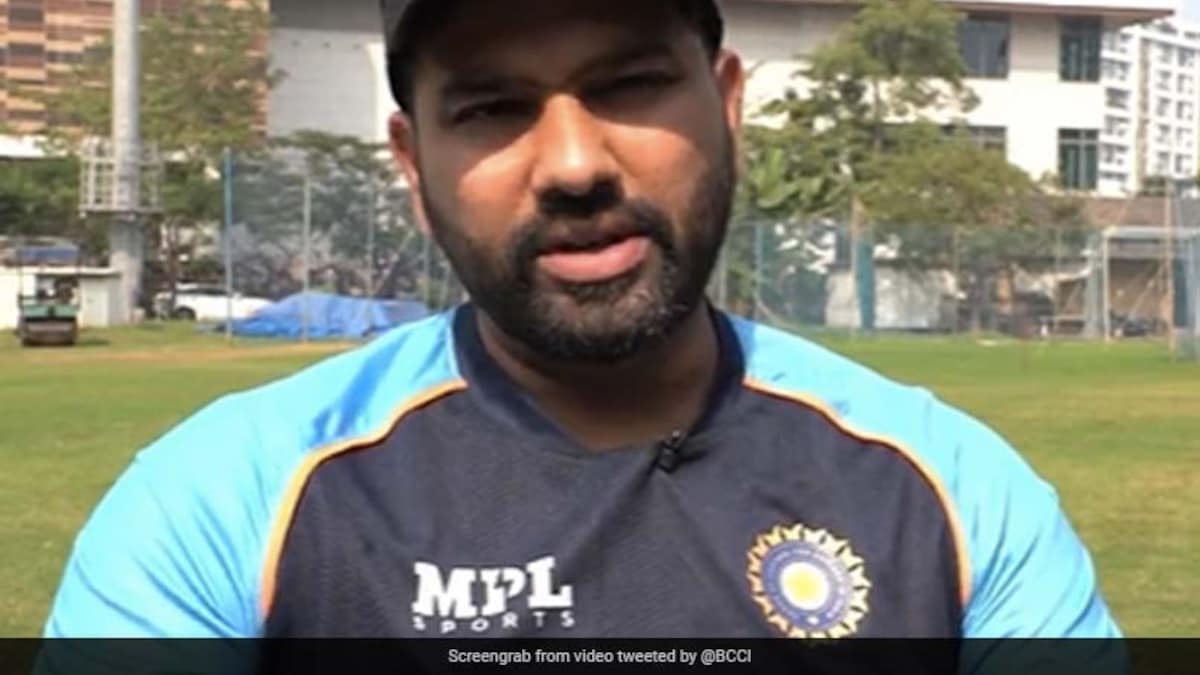 IND vs WI: Rohit Sharma will lead India in their 1000th ODI on Sunday.© BCCI

India skipper Rohit Sharma has said that it will be a privilege for him to lead the Men in Blue as they take the field to play their 1000th ODI. The side will achieve the feat in the first ODI against West Indies here at the Narendra Modi Stadium. In the 999 ODIs played earlier, India accounts for 518 wins and 431 losses. The Men in Blue had played their 500th match in 2002 and two decades later, the side has now reached the milestone of playing 1000 ODIs.

“It will be a historic moment as we play the 1000th ODI. I would like to congratulate all the players who have taken part in this long journey. It is an honour for me to lead the side in that game, it will be a privilege to lead the boys. Our journey has been fantastic over the years. So many players have tried to put their best foot forward, we will also try to keep raising the bar,” said Rohit in a video posted on BCCI.TV.

In India’s 100th ODI, Kapil Dev was the captain while Sourav Ganguly had led the side in the Men in Blue’s 500th ODI.

Australia has played the second-most ODIs in the world with 958 matches while Pakistan has played 936 ODIs. England is in the seventh spot in the list of most ODIs played after having played 761 matches in the 50-over format.

“It has gone from strength to strength. We have had couple of transitions and that shows the quality we have and the bench strength we have. We have eventually come to this landmark of 1000 ODIs, it is a big number and it is a testament to the matches we have played over the years,” said Kohli.