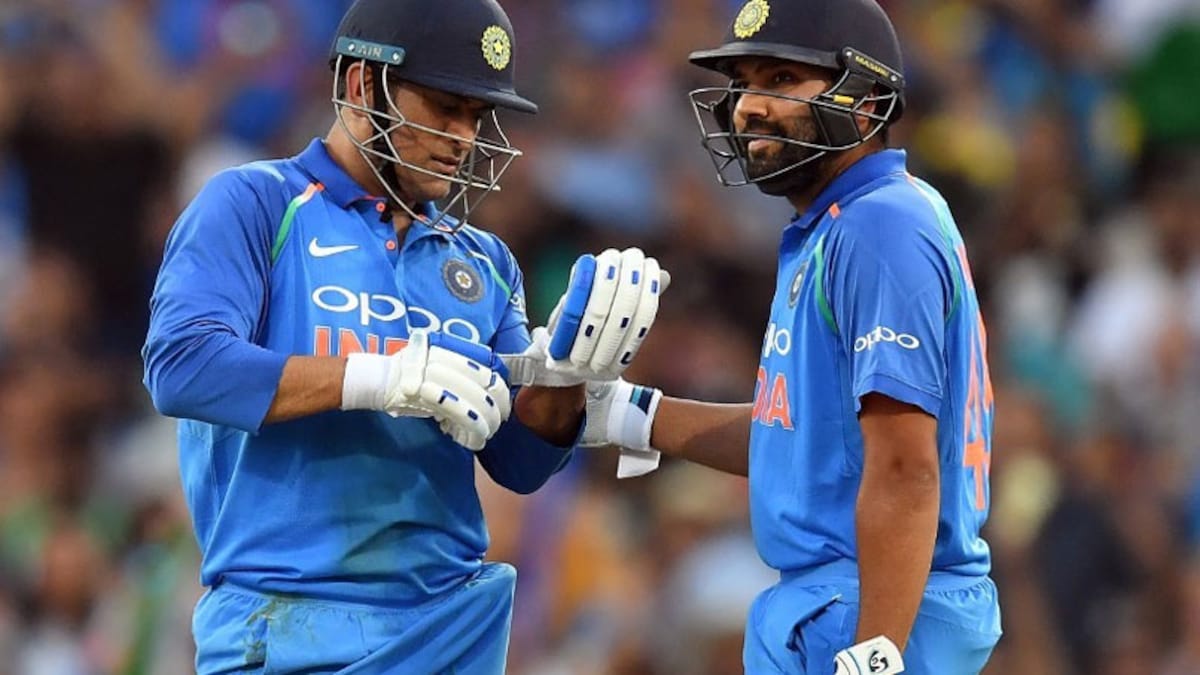 India captain Rohit Sharma on Saturday said the team has not found a finisher since the international retirement of MS Dhoni and going into next year’s ODI World Cup, they are hoping to find one. Rohit was asked how he was looking at the finisher’s role — especially the No.6 and 7 in batting order — where he admitted that they need to create more back-ups other than Hardik Pandya and Ravindra Jadeja. “Finisher’s role in ODI is very important but since MS Dhoni’s retirement we haven’t got anyone who could fit in that role,” Rohit said on the eve of the first ODI against the West Indies.

“We have tried Hardik, even Jadeja has played but we need to create more back-ups for that slot. The boys who will be getting chance in the series, hopefully, they will utilise those chances and consolidate their position in the team.

“A finisher bats at a crucial phase, and often, his contribution could be a game-changer,” the skipper said.

Meanwhile, a reporter wanted to ask if Rohit would love to blood juniors but the way the question was framed, it allowed him to get a taste of the skipper’s dry sense of humour.

Just like you and Shikhar were promoted as an opener in 2013 Champions Trophy, will you blood juniors as we have had a same pattern for years now? he asked, with a feel-good comment about how he has “encouraged juniors”.

“Toh aap bol rahein ho main aur shikhar bahar ho jateein hai aur Ishan Kishan aur Ruturaj Gaikwad ko open kara de? (So you are saying, me and Shikhar should be dropped and we should have Ruturaj and Ishan open for India? Is that what you mean?), he winked and smiled.

“No I am saying if one among you two make way we might get results like the way we got when you were elevated,” the reporter pushed his luck.

“Yes, we got results. But if you are talking about the top three, they have been pretty consistent performers for years. So yes, the youngsters will get their share of chances and just like Ishan is getting a chance, they will keep getting chances,” he said on a more serious note.

“We have a lot of matches in future so batters will get their fair share of chances. Shikhar Dhawan batted well in South Africa and now he is down with Covid, even Rutu has Covid, so Ishan is getting his chances, so youngsters will get chances but how they utilise is the actual thing.”