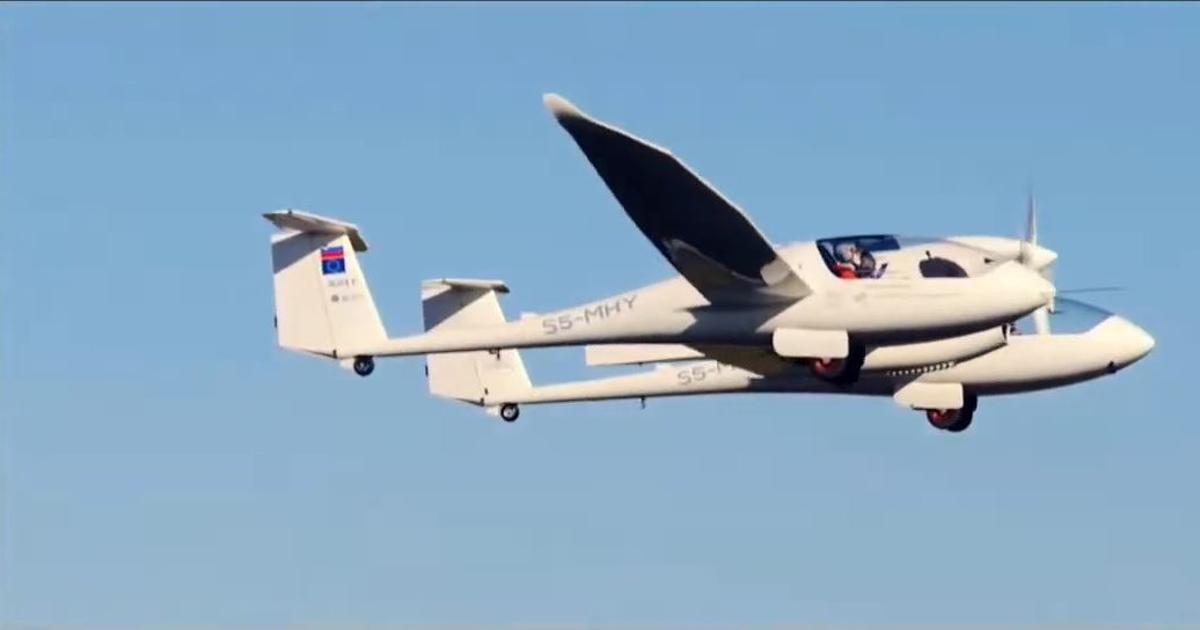 Stuttgart-based German aerospace firm H2FLY has claimed a brand new world file for its four-seater HY4, which grew to become the primary hydrogen-powered passenger plane to succeed in an altitude above 7,000 ft (2,134 m) on April 13. In addition, the HY4 made the primary flight by a hydrogen-powered passenger craft from one main airport to a different, touring 77 miles (124 km) from Stuttgart to Friedrichshafen on April 12.

First taking to the air in 2016, the HY4 with its distinctive twin-fuselage design relies on the Pipistrel Taurus G4 plane. However, the place the G4 is an all-electric plane, the HY4 is a hybrid design powered by a low-temperature hydrogen gas cell system developed by the DLR Institute of Engineering Thermodynamics (DLR) in affiliation with Hydrogenics.

To save weight, the hydrogen is saved below a stress beneath 5,800 psi in two carbon composite tanks, one in every fuselage. These feed into the gas cell, whereas lithium-ion batteries present an influence increase throughout moments of peak demand by the 80-kW electrical motor. The plane has a cruising pace of 90 mph (145 km/h) and a projected vary of as much as 900 miles (1,500 km) below minimal payload and optimum flight circumstances.

“This is a remarkable achievement for H2FLY, as no other hydrogen-powered passenger aircraft has flown between two commercial airports to date,” mentioned Dr. Josef Kallo, co-founder and CEO of H2FLY. “We are also thrilled to have set what we believe to be a new world record by reaching an altitude of over 7,000 feet with our HY4 aircraft. We want to thank our long-time partners Stuttgart Airport, University of Ulm, DLR Stuttgart, Friedrichshafen Airport, and AERO Friedrichshafen, for supporting us in our mission to make sustainable travel a reality.”

Looking to usher in an period of emission-free, sustainable air journey, H2FLY expects to be flying hydrogen-electric plane carrying as much as 40 passengers distances of as much as 1,240 miles (2,000 km) in “just a few years.”