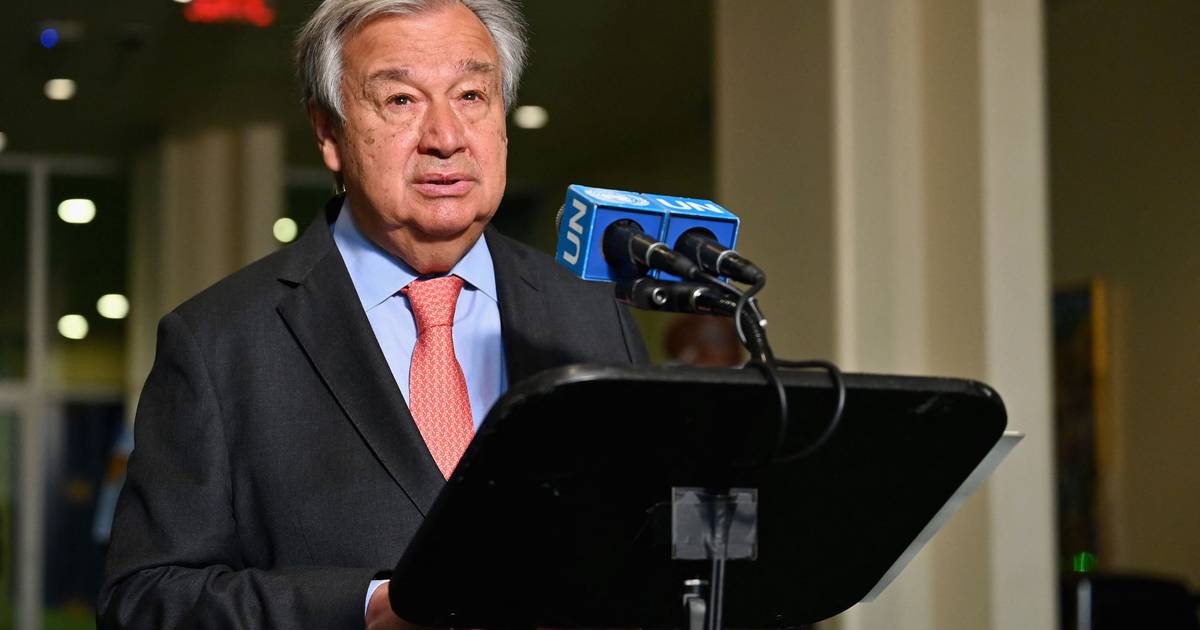 Humanity is “just one misunderstanding, one miscalculation away from nuclear annihilation,” according to the secretary-general of the United Nations, who cited the war in Ukraine among the conflicts driving the risk to a level not seen since the height of the Cold War.

“All this at a time when the risks of proliferation are growing, and guardrails to prevent escalation are weakening,” said António Guterres. “And when crises — with nuclear undertones — are festering from the Middle East and the Korean Peninsula to Russia’s invasion of Ukraine.”

Mr Guterres was speaking on Monday at the opening session of a conference at the UN headquarters in New York about upholding and securing the 50-year-old global Treaty on the Non-Proliferation of Nuclear Weapons, which is meant to prevent the spread of nuclear weapons and aims for eventual disarmament.

The conference took place after a two-year delay because of the Covid-19 pandemic and was attended by high-level representatives from member states, including the prime minister of Japan, the US secretary of state Anthony Blinken and dozens of foreign ministers and delegations.

The threat of a nuclear confrontation or a nuclear accident emerging from Russia’s invasion of Ukraine was a recurring theme in many of the day’s speeches.

President Vladimir Putin and other Russian officials have repeatedly suggested that nuclear war could erupt if Nato intervenes in the war in Ukraine. His forces used the site of the Chernobyl nuclear disaster as a staging ground in the spring and have now turned a nuclear power plant in the southern Ukrainian city of Zaporizhzhia, into a battle fortress.

In his remarks to the session, Mr Blinken said the treaty had made the world safer but was under increasing strain. He mentioned Russia, Iran and North Korea as examples of nuclear-related concerns.

Mr Blinken condemned Russia for engaging “in reckless, dangerous nuclear saber-rattling” and said North Korea was preparing to conduct its seventh round of nuclear testing. He said Iran had not yet agreed to return to its commitments under a nuclear deal with world powers and “remained on a path of nuclear escalation”.

Russia and Iran are among the 191 signatories to the non-proliferation treaty. Iran says that its nuclear program is for peaceful energy purposes, a stance the West has questioned and that has prompted efforts to work out a deal with Iran to blunt its nuclear ambitions.

The conference, which normally meets every five years, will be reviewing the three priorities of the treaty: preventing the spread of nuclear weapons, promoting and supporting peaceful nuclear energy, and working toward global disarmament. But little is expected, given the current divisions among world powers.

Mr Putin, who put his nuclear forces into “special combat readiness” in the early days of the invasion in February, also sent a message to the nonproliferation conference.

“We believe that there can be no winners in a nuclear war, and it must never be fought,” Putin wrote, according to Tass, the Russian news agency. “We advocate equal and inseparable security for all members of the international community.” – The New York Times.