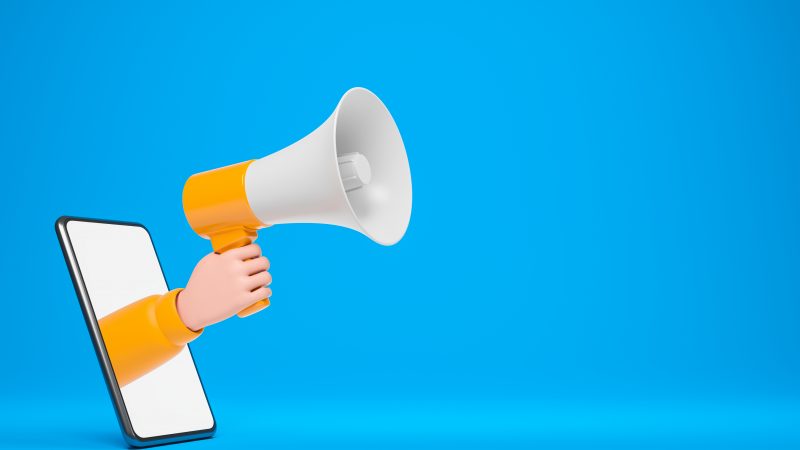 The European Commission’s draft law on political advertising aims to create binding transparency standards and includes a ban on targeting. This ban, however, has big loopholes that need to be addressed.

Selling political ideas or candidates is not the same as selling appliances or video games. The techniques might be the same – taking out a newspaper ad or paying for video ads on Instagram – but the potential effects differ wildly. This recognition of reality might finally be reflected in European law as well, with new legislation aimed to enhance transparency for political advertising. The idea is that at the very minimum, citizens need to know that someone is paying to reach them with political messages. While the EU’s emphasis on transparency is necessary and welcome, additional measures such as a real ban on using highly sensitive personal data for political advertising could be strengthened in the regulation.

As political communication utilizes more and more data and offline campaigns are accompanied (or substituted) by online campaigns, it has become clear that existing national regulation mostly made for broadcasting media would not suffice any longer. Large companies such as Facebook and Google that rely almost exclusively on ads for their enormous profits have faced criticism for years that they used to allow discriminatory targeting criteria, that their advertising algorithms are opaque and that their voluntary transparency measures are weak. At the core of such advertising systems lies citizens’ personal data that tech platforms, campaigns and other organizations collect. For instance, advertisers can choose specific target audiences on Facebook or YouTube for their political messages and corporate algorithms further segment the voting population based on assumed preferences.

According to the Commission, targeting people using highly sensitive personal data like data on people’s sexual orientation, religion or ethnic origin should not be allowed. But this supposed ban is undermined by a big exemption in the text: If citizens consent to their sensitive data being used for targeting, it will remain legal. As the GDPR, Europe’s data protection rules, show, lock-in effects, dominant market positions as well as deceptive design practices might lead to people having little true choice to consent to their data being used by large tech platforms. That is why data protection experts have criticized this focus on user consent for years. The same issues could arise with the political ads legislation.

Therefore, the Commission’s proposal on targeting is not a ban, it is a hurdle. Getting consent might be a small hurdle for some tech companies to clear. Hopefully, the legislation’s second hurdle is a bit bigger: Whenever any type of citizens’ personal data is used for targeting or amplifying political ads, people must receive detailed information on the data being used, the targeting methods and the options to exercise their data protection rights. While key details on these transparency requirements still need to be fleshed out, the general idea is welcome: Instead of relying on voluntary measures by some companies and advertisers, the EU should have legally binding, high transparency standards in place. To achieve this, the EU should actually go further. For example, a single, cross-platform database containing detailed information on political advertising should be made mandatory, as it would help citizens and especially researchers understand better how online campaigns work.

The Commission uses a wide definition for political advertising that covers more than just elections. This is a prudent approach because political ads and campaigns, especially online, are not happening only around elections or referenda anymore. It is also useful that the definition revolves around certain actors whose paid messaging is always considered “political”, such as parties and candidates. Nonetheless, there are still important open questions around the definition. For instance, delineating “purely commercial” from “political” ads can be tricky and it will be important to sort out more clearly who is covered under what category of the draft definition: Where do social media platforms and ad agencies fall, what about newspapers and online sites? Are political foundations covered by default?

In the upcoming debates on the draft, lawmakers could clarify the definition as well as some of the transparency requirements. They could also introduce a true ban on the use of sensitive personal data – with no exceptions. If the political ads legislation comes into effect, organizations along the entire political campaign spectrum might be affected: ad agencies, political parties, online sites, social media. All these actors bear a responsibility to help citizens become more aware of the paid political communication happening offline and online. Big tech companies in particular will be under scrutiny, especially considering their stances on political advertising transparency legislation in other places. When the US state of Washington introduced rules for high transparency standards around political ads, Facebook and Google put up a big fight and ultimately said they would not run any political ads there (which still happened). Canada can tell similar stories. It would be better if political online advertising was still around, just with clear democratic guardrails in place.