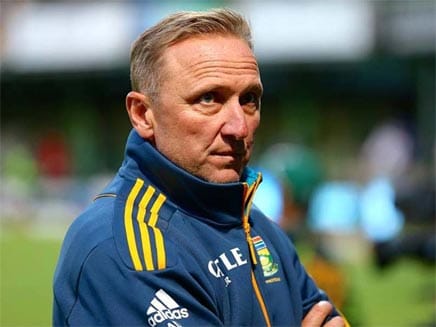 Considered by many to be one of the fastest bowlers of the word during his heydays, former South Africa cricketer Allan Donald had special praise for Team India pacer Jasprit Bumrah. Nicknamed as ‘White Lightning’, Donald picked Kagiso Rabada and Bumrah as the leading pacers currently in world cricket. Speaking to The Telegraph, he pointed out Bumrah’s wrist position and called it “magnificent”.  “His ability to bowl yorkers any time in all formats also stands out. He also knows when to bowl that yorker in Test cricket. He’s an absolute gun for me in all formats. I don’t think I’ve seen such steel in a young fast bowler. When he first came on to the scene, I thought, ‘Wow! This guy has got real pace’. And now, he’s one guy whom I would always have in my team across formats”, Donald said.

The 55-year-old also feels that Bumrah’s run-up and the way he releases the ball “is simply crazy”.

“I was watching him bowl the other day. Especially how he delivers the ball after a stuttering run-up and releases the ball is simply crazy. He has got a magnificent wrist turn-over that no one else has presently in the game. It just can’t go wrong for him”, he stated.

Bumrah is currently in South Africa for India’s tour. The visitors faced the hosts in an ODI match on Wednesday and lost by 31 runs. Bumrah was also part of the three-match Test series, which India lost 1-2.