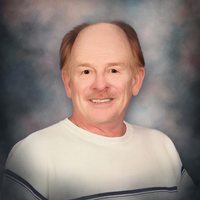 Harry was born on September 28, 1949, to Walter and Barbara Wiles in Washington D.C.

He spent his time enjoying his drums, listening to vinyl on his turntable, fishing, biking, watching motion pictures, studying his bible, and dealing. He would begin a dialog with nearly anybody.

Harry is survived by his kids Harry Wiles, Jr. (daughter-in-law, Gail) of Annapolis, MD, and Jonathan Wiles of Annapolis, MD. He can be survived by his brother Steve Hamilton of Phoenix, AZ, sisters Renee Neff of St. Augustine, FL, and Stephanie Hamilton of Charlotte Hall, MD. He additionally had two grandchildren, Megan, and Chris Wiles. Harry was predeceased by his mother and father Walter and Barbara Wiles.

Condolences to the household could also be made at www.brinsfieldfuneral.com.

All preparations have been made at Brinsfield Funeral Home & Crematory, P.A., Charlotte Hall, MD.