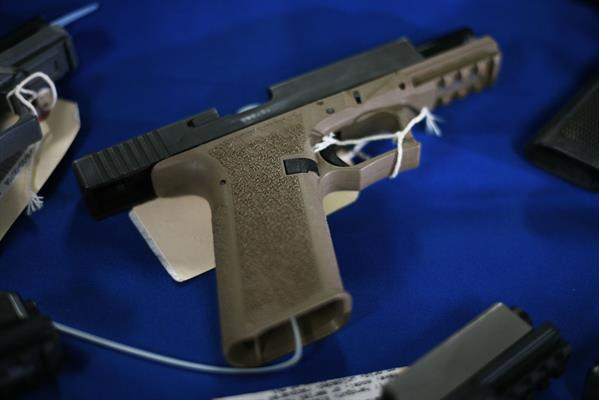 Gov. Hogan makes choice on a invoice to ban ghost weapons in Maryland

Friday is the deadline for Gov. Larry Hogan to signal or veto greater than 40 payments lawmakers have authorised, and he has already acted on one.

Calling it a optimistic step to stem the tide of violent crime, Hogan informed legislative leaders he’s letting a invoice to ban so-called ghost weapons take impact with out his signature.

These are weapons assembled from kits that should not have a serial quantity. Police complain they’re arduous to hint if they’re utilized in crime.

“I appreciate the work you have put into Senate Bill 387/House Bill 425 to address issues surrounding untraceable firearms, and agree that it is a positive step as we seek to stem the tide of violent crime, which is why I am allowing it to take effect,” Hogan said in a letter on Friday. “But it does nothing to penalize those who actually pull the triggers on firearms, and deflects away from the need to take decisive action to hold violent criminals accountable.”

Hogan did name on lawmakers to approve his invoice to extend sentences on violent gun offenders, however that’s extremely unlikely to move earlier than lawmakers adjourn for the yr Monday night time.

“It is my hope that in the last days of this session, the General Assembly will do the right thing and pass the Violent Firearms Offender Act, so that we can ensure those who use guns to commit violent and heinous crimes remain off of our streets and out of our communities. At the very least, I ask you to give the victims and their families a vote, so that legislators can explain to their constituents where they stand on this issue.”