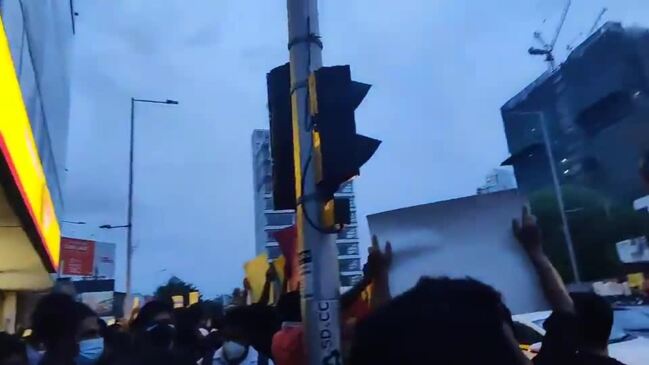 A gaggle described by native press as IT professionals protested at a roundabout in Colombo, Sri Lanka, on Friday, April 8, as they known as for President Gotabaya Rajapaksa to resign amid meals and gas shortages because of an financial disaster within the nation. Video filmed by Mushtaq Jameel exhibits protesters lining the road at Liberty Plaza, holding indicators and chanting “Gota, go home.” Two politicians from Samagi Jana Balawegaya, an opposition alliance, mentioned on Friday that they have been accumulating signatures to deliver a no-confidence movement in opposition to the federal government. Rajapaksa mentioned by his chief whip on Wednesday that he wouldn’t be resigning. Credit: Mushtaq Jameel through Storyful