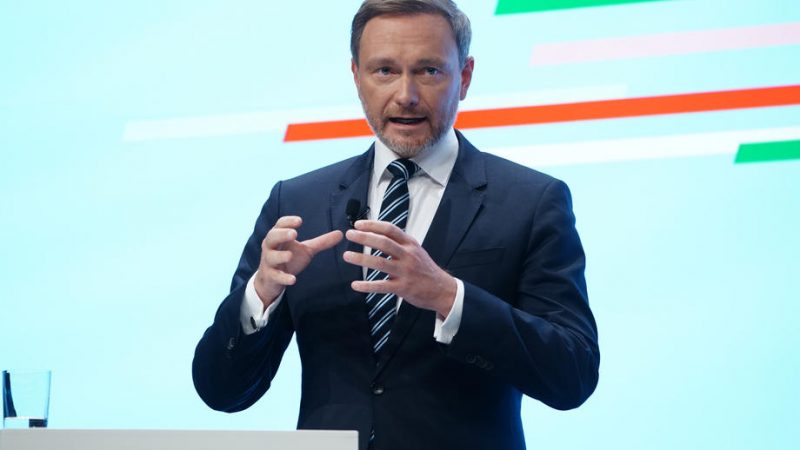 The three parties of Germany’s next government have made it clear they want to make the coming years a decade of investments for the future. Where the resources for such investments will come from, however, remains unclear. EURACTIV Germany reports.

In its coalition agreement, the new federal government of the Social Democrats (SPD), the Greens, and the business-friendly FDP has agreed on the need for an “unprecedented amount” of financial resources. For climate protection, it intends to set up a Climate and Transformation Fund (KTF), which is to finance the green transformation of the German economy.

But for the government to achieve its other ambitious goals to bring Germany back on track, particularly with regards to digitalisation, education and research – the three other cornerstones of the planned investment offensive – significant resources will also be needed.

The ambition to have a “decade of investments” is already being questioned by many experts, who wonder how this can be reconciled with the incoming government’s ambition to avoid tax hikes.

One possibility would be to take on debt, as long as the “debt brake”, which limits the annual federal government borrowing, is still inactive.

“In 2022, the requirements of the debt brake will remain suspended,” explained Max Krahé, research director at the think tank Dezernat Zukunft, to EURACTIV.

“The coalition wants to use this to take on debt on a grand scale. The money thus raised the government intends to put into a fund that could be used for investment throughout the remaining legislative term,” he added.

The idea for this one-off borrowing came from economist Clemens Fuest of the Ifo Institute.

According to Krahé, there is no quantitative limit to how much money the government can raise this way, but there is a qualitative one. The suspension of the ‘debt brake’ is earmarked for the pandemic, meaning the money borrowed by the government can only be spent in connection with the post-crisis recovery.

Little enthusiasm in the FDP

The liberal FDP, however, has already rejected this view. The party wants to keep net borrowing in the coming year even below the level planned by the previous government.

“For creating the KTF, we will only use credit appropriations that were already made available by the Merkel government for 2021 but will not be needed by the end of the year. The coalition will not take out additional loans beyond that,” explained Otto Fricke, budget policy spokesman for the FDP.

For the FDP, whose leader Christian Lindner will be taking over the finance ministry, the bulk of investments will not come from the public sector but from the private sector – which is also explicitly stated in the coalition agreement.

“The state is a necessary investor for infrastructure in many places, but it is essential to encourage private investment,” said FDP’s Fricke.

Under a Liberal-led finance ministry, Germany will take a hard line on EU fiscal policy and reject calls from southern EU countries to relax fiscal rules. However, the business-friendly FDP is open to compromise. EURACTIV Germany reports.

To attract private investment, there is the possibility of subsidies. These will be used in some cases, but only as a “jumpstart investment”, which is “limited in time and made as degressive as possible”, as Fricke emphasised.

The largest part of the investments, however, is to come from the private sector with the help of economic incentives. “Here, ‘super’ write-offs are the means of choice,” Fricke said.

In simple terms, these super write-offs are the possibility to write off investments in the areas of digitalisation and sustainability at more favourable conditions, so that private investors have to pay less tax.

Experts, however, are sceptical about the approach of not taking on additional public debt to finance the planned investments.

“If the government does not take out additional loans for the KTF in 2022, the numbers will not add up,” emphasised Krahé from Dezernat Zukunft.

Another factor that gives the government leverage to spend more is the so-called cyclical component.

Depending on how well the economy is doing, the government is allowed to plan a higher deficit. The decisive factor is how big the gap is between actual and potential economic performance. The further the current economic performance is from its potential, the higher the deficit may be.

According to the coalition agreement, the way potential economic performance is calculated is likely to change soon.

For Krahé, it is conceivable that for estimating potential output in future, figures will not simply be extrapolated from the past, as has been the case so far, but this will instead be compared with the coalition’s other political goals.

“If, for example, the aim is to increase female employment, this could also be reflected by an increase in production potential,” Krahé explained.

Fricke agrees that there is “a little potential for correction” in the calculation of the stimulus component, which would make the debt brake a little more flexible.

“There is an adjustment, but it cannot be such that we start from a fictitious full employment dream from the 1970s,” he told EURACTIV. “It won’t be double-digit billion sums.”