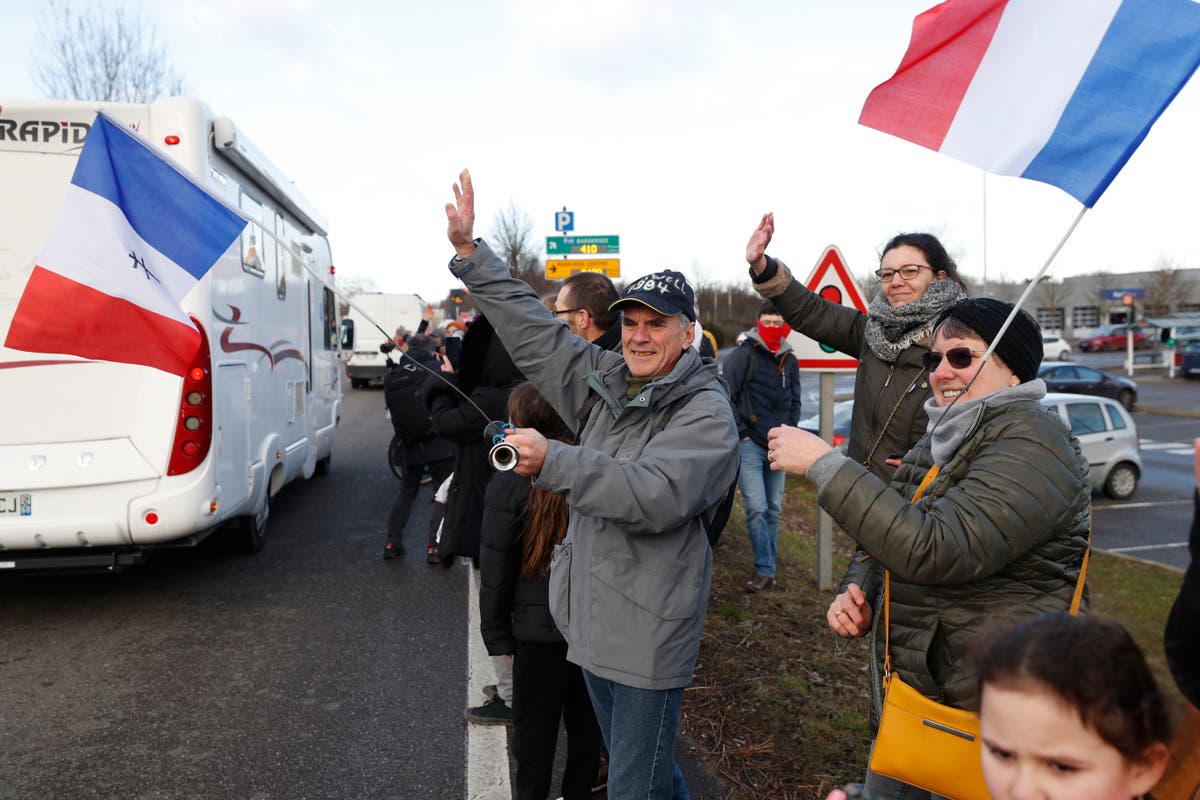 Protesters angry over pandemic restrictions drove toward Paris in scattered convoys of camper vans, cars and trucks Friday in an effort to blockade the French capital, despite a police ban.

The protesters organized online, galvanized in part by truckers who have blockaded Canada’s capital and blocked border crossings. But the French action has no clear leader or goal, and comes as months of protests against French government vaccination and other anti-virus rules have been waning.

Paris region authorities deployed more than 7,000 police officers to tollbooths and other key sites to try to prevent a blockade. They threatened heavy fines and other punishments for those who defy the protest ban, which authorities said was necessary to prevent “risk to public order.”

Some of the French groups are threatening to continue their journey to the Brussels the capital of the Belgium and the European Union, and to meet up there with drivers from other countries on Monday.

Belgian authorities also banned the threatened blockade, and a similar “freedom convoy” planned for Friday in Vienna was canceled after authorities banned it.

The French protesters have shared images of truckers in Canada who have blockaded border crossings and paralyzed downtown Ottawa while demanding an end to their country’s COVID-19 restrictions, including a rule for all truckers entering Canada to be fully vaccinated.

Some far-right and other figures in France appeared to be trying to revitalize their own protest movements, which represent a small minority of French citizens, by capitalizing on the global attention to the Canadian truckers.

The people taking part in the convoys embodied a mix of causes and vehicles, from trucks to motorcycles and camper vans. Some sported yellow vests, a symbol of a French protest movement against perceived economic injustice which largely fizzled in 2019 after the government responded to some of the participants’ concerns.

France has a very high vaccination rate, and the government is gradually easing virus restrictions. However, after French hospitals and older adults were hit hard by repeated infection surges, Health Minister Olivier Veran said Thursday that was too early for people to let down their guard.