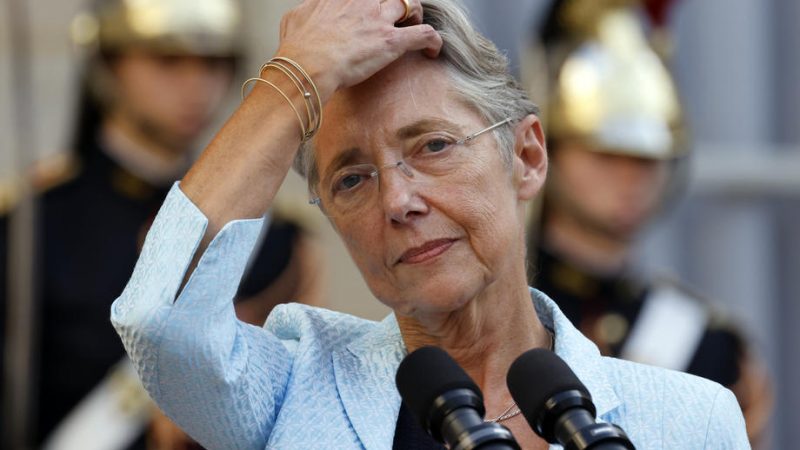 The French government is unlikely to follow through on its climate ambitions, independent climate experts said in a report containing recommendations for the government published on Thursday (30 June).

Read the original article in French.

In its fourth annual report, the independent executive group the High Climate Council presented about 60 recommendations to the government.

However, despite President Emmanuel Macron’s campaign promise that his five-year term will have climate action at the top of its agenda, the office of Prime Minister Elisabeth Borne already acknowledged that it did not know how to follow up on all of the recommendations made by the climate council.

Borne’s office did, however, assure that it is already focusing on key issues of adapting to the immediate consequences of climate change such as high temperatures and flooding. Some measures are already being implemented, with the rest slated to start soon.

The government’s aim is to align with the EU’s programmes such as the Horizon Europe-funded Mission Adaptation to Climate Change, which offers a framework for developing resilience measures in EU territories.

Other projects that are high on the government’s priority list include energy-saving and sobriety. The government said it will not shy away from taking action before the recently announced “purchasing power” bill is drafted.

As for the government’s sobriety plan, the government said it will already be actioned from July – a considerable change of timetable given that the energy transition ministry announced on 23 June that the time had not yet come for the file to be tackled as an awareness campaign was planned for autumn.

The recent change of tact appears to coincide with the release of an op-ed from the CEOs of energy giants Total, EDF and Engie in the weekly Journal Du Dimanche on 26 June, in which the chief executives urged consumers and companies to “immediately” curb their energy consumption.

The government also insisted on the rapid implementation of measures for water management, urban heat islands, coastal areas and reforestation.

Reforestation will be essential for France to meet the EU target of 55% emission cuts by 2030 compared to 1990 levels. France is aiming to reduce emissions by 50%, to which 5% are to be added due to forest carbon sinks, the government also said.

The climate council’s report, however, states that the development of renewable energy is still “insufficient” in France.

“New measures to simplify installations will be presented by the end of the summer,” Borne said on Wednesday.

Unable to ‘go all the way’

The government’s ability to go “all the way” with its ambitions has been called into question by the High Climate Council.

In its report, it notes that “planning instruments are insufficiently developed and articulated.” For example, only six of 25 sectoral orientations in the country’s low carbon strategy benefit from adequate measures to achieve the objectives that France has set itself, the report also writes.

The country’s energy sector is also the only sector whose emissions are lower than the sectoral carbon budgets laid out in the low carbon strategy, it adds.

To address these uncertainties, a new French Climate and Energy Strategy designed to bring together climate-related legislative and regulatory frameworks will be deployed in 2023.

Borne will directly lead the new strategy, though implementation and organisation of the actions will be in the hands of the soon-to-be-formed General Secretariat for Ecological Planning.

Alongside these developments, a series of “public debates and broad consultations” will be held from the end of September onwards. Transformation and Civil Service Minister Stanislas Guerini, who attended the report’s presentation, added that the government has expressed a desire to have his offices increase their engagement with climate-related issues.