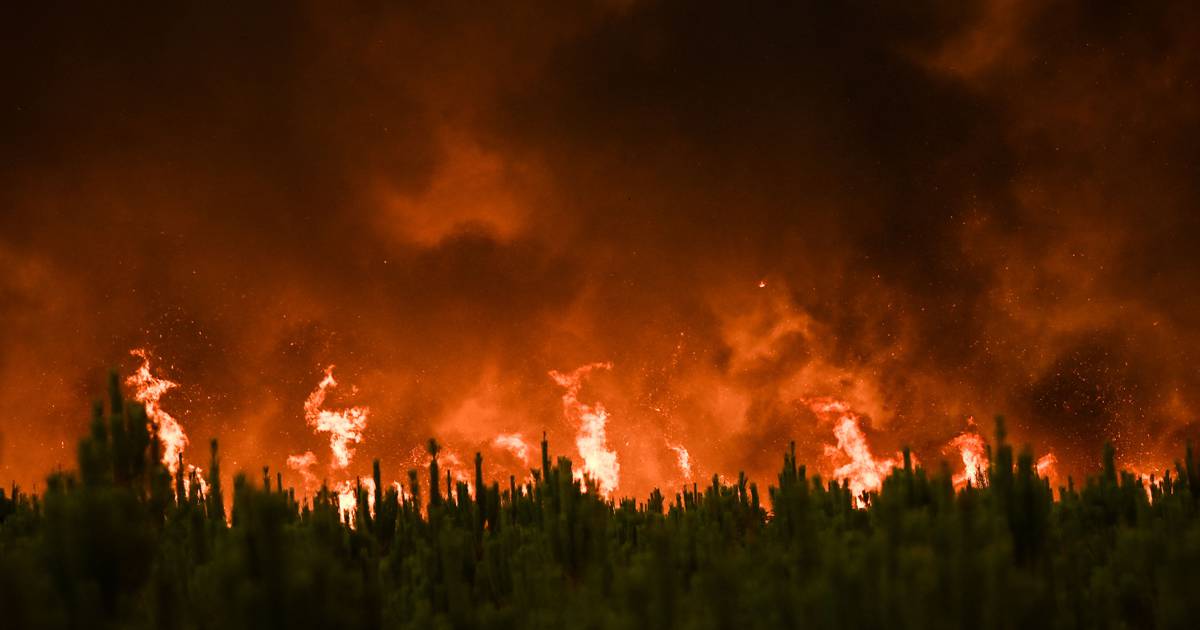 France is battling a “monster” wildfire in the Landiras region near the wine-growing heartland of Bordeaux, the French firefighters body FNSPF said on Thursday.

“I would qualify the fire in Landiras as a mega-fire,” Gregory Allione of the FNSPF told RTL Radio. ”It’s an ogre, it’s a monster,” he added.

Wildfires have torn through the Gironde region near Bordeaux in southwestern France this week, destroying homes and forcing the evacuation of 10,000 residents, some of whom had clambered on to rooftops as the flames got closer.

Black-and-orange skies, darkened by the smoke billowing from forests and lit up by the flames, were seen across the area as the fires continued to burn out of control despite the efforts of firefighters backed by water-bombing aircraft.

Fires, which have razed about 6,200 hectares (15,320 acres), have now crossed in the neighbouring Landes region.

France, like the rest of Europe, has been struggling this summer with successive heatwaves and its worst drought on record. Dozens of wildfires are ablaze across the country, including at least eight major ones.

“Prepare your papers, the animals you can take with you, some belongings,” the Gironde municipality of Belin-Beliet said on Facebook before evacuating parts of the town.

The Gironde was hit by major wildfires in July which destroyed more than 20,000 hectares of forest and temporarily forced almost 40,000 people from their homes. Authorities believe the latest inferno was a result of the previous fires still smouldering in the area’s peaty soil.

More than 57,200 hectares have gone up in flames so far in France this year, nearly six times the full-year average for 2006-2021, data from the European Forest Fire Information System shows.

“The fire is creating its own wind,” senior local official Martin Guespereau told reporters, adding that efforts to fight it were made more difficult by how unpredictable it was.

The Gironde wildfire is one of many that have broken out across Europe this summer, triggered by heatwaves that have baked the continent and brought record temperatures.

In Portugal, nearly 1,200 firefighters backed by eight aircraft have battled a blaze in the mountainous Covilha area some 280km (174 miles) northeast of Lisbon that has burned more than 3,000 hectares of forest since Saturday.

Spain and Greece have also had to tackle multiple fires over the past few weeks. — Reuters