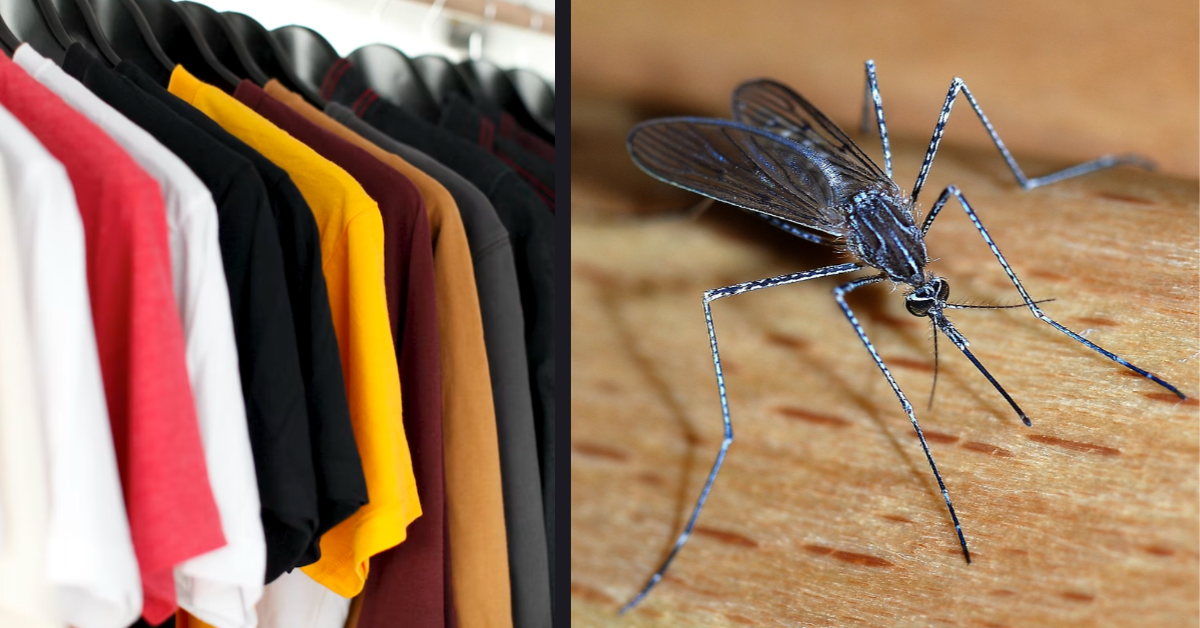 I think it’s safe to say no one, and I mean NO ONE, likes mosquitoes or wants to be anywhere near those nasty little buggers.

And we can use all the tips we can get about how to keep them as far away as possible. You know about bug spray and lighting certain candles that repel mosquitoes, but did you know that the color of your clothes might keep them away as well?

A study released in February 2022 laid out what colors can keep mosquitoes away, but first, you should know what colors mosquitoes are attracted to so you don’t wear them much when you’re outside during the summer months: the four big ones are red, orange, black, and cyan.

Now let’s move on to colors you SHOULD wear to try to keep the pesky insects away.

The first color is blue, but you should wear light blue clothing if you venture outside during the hot months when mosquitoes are rampant. Dark blue absorbs heat and this attracts the insects.

Next up is green. Mosquitoes in the study were interested in bare human hands, but when the researchers wore green gloves, the mosquitoes avoided them. Good to know!

The third color is violet, which has the shortest wavelength of all colors on the visible light spectrum. Mosquitoes are attracted to the long-wavelength red and orange colors of our skin, so it’s no surprise that they aren’t interested in violet.

Finally, there’s an old classic: white. During the study, researchers put white in the test chamber alongside every color they tested and the mosquitoes always avoided white when they saw colors they were interested in.

I’d say that this is the kind of knowledge that everyone wants to know!