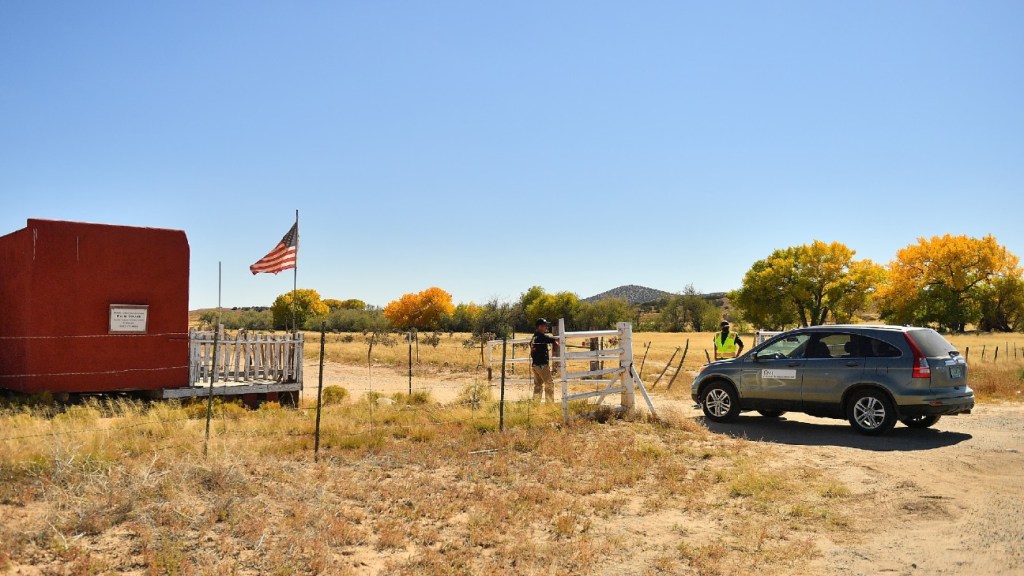 The FBI’s forensic analysis and the New Mexico medical investigator’s report into the Oct. 21 shooting death of cinematographer Halyna Hutchins on the set of the Alec Baldwin-starring movie Rust have been completed and turned over to the sheriff’s office.

As part of its investigation, the Santa Fe County Sheriff’s Office said detectives will review the reports and then send the findings to the district attorney to determine whether charges will be filed in the shooting in Bonanza City, New Mexico, that also wounded director Joel Souza.

Details of the documents were not released publicly, but ABC News reported that the state’s Office of the Medical Investigator concluded that Hutchins’ death was caused by a gunshot wound to the chest and that a “review of available law enforcement reports showed no compelling demonstration that the firearm was intentionally loaded with live ammunition on set.”

“Based on all available information, including the absence of obvious intent to cause harm or death, the manner of death is best classified as accident,” according to the medical investigator’s postmortem report.

Also among the documents, ABC News said, were the FBI’s findings that accidental discharge testing determined the gun held by Baldwin when it went off on set, striking Hutchins and Souza, “could not be made to fire without a pull of the trigger while the working internal components were intact and functional.”

In a December 2021 interview with ABC News‘ George Stephanopoulos, Baldwin stated that he had not pulled the trigger of the gun, identified as a .45 Colt (.45 Long Colt) caliber F.lli Pietta single-action revolver in the FBI forensics report.

“She was standing next to the camera, looking at a monitor … guiding me for how to hold the gun for this angle,” Baldwin said of his conversation with Hutchins right before the shooting.

The actor went on to say that the late cinematographer told him to start cocking the hammer for a particular shot. “I pulled the hammer as far back as I could without cocking the gun,” Baldwin said. “I let go of the hammer and bang, the gun goes off.”

According to the obtained forensics report, the hammer being de-cocked on a loaded chamber meant the gun was able to detonate a primer “without a pull of the trigger when the hammer was struck directly” — something which the report stated is normal for the type of revolver being used.

The investigation updates follow a Thursday statement from the sheriff’s office saying they are working with other law enforcement agencies to obtain, process and disclose Baldwin’s phone records.

“Once Suffolk County PD completes its agency assist and sends those records to New Mexico law enforcement, our detectives will need to then thoroughly review those phone records for evidentiary purposes,” Santa Fe County Sheriff Adan Mendoza said in the statement.

Following their complete review of the reports and phone records, files related to the sheriff’s office investigation will be sent to the district attorney.