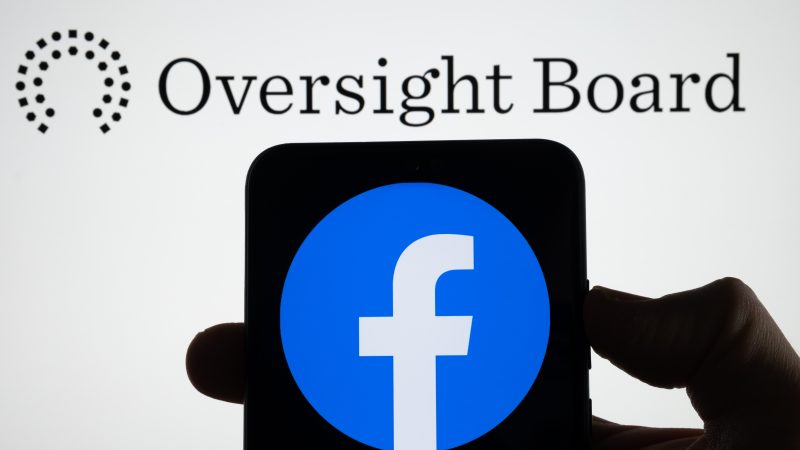 Meta should amend its privacy policy to ban the sharing of private residential information even when it is considered publicly available, the company’s Oversight Board has said.

In its first policy advisory opinion, the group, launched in 2020 to make key content moderation decisions on Facebook and Instagram, recommended that Meta remove the provision within its Privacy Violations Community Standards that allows for information deemed to be already available to the public to be exempted from the rules.

Facebook has plans to establish an independent oversight board “analogous to a court,” that will have the power to make decisions on what content should be removed from the platform, the company’s Head of Global Policy, Nick Clegg, announced on Monday (24 April).

The current policy states that users should not post “personally identifiable information” about themselves or others – including private addresses or images of individuals’ houses – online, but includes an exception for information deemed to already be in the public domain and strict criteria for removal.

Last year, however, Meta requested that the Oversight Board review this stance and provide an opinion on the sharing of private residential addresses and images, and the contexts in which this should be allowed to occur.

“Meta considers this to be a difficult question”, the Board noted, “as while access to such information can be relevant to journalism and civic activism, exposing this information without consent can create a risk to residents’ safety and infringe on an individual’s privacy.”

Under the existing privacy standards, details about residential addresses that have already been shared by at least five news organisations, or is accessible via documents such as court records or financial statements, are excluded from the privacy policy, is no longer considered to be private information, meaning it can be posted on Facebook and Instagram.

Similarly, images depicting private houses are only eligible for removal when all of a list of specific conditions, including for example that the residence is either a single-family home or the apartment number is clearly displayed, are met.

The Oversight Board recognised that “the sharing of private residential addresses and images represent a potentially serious violation of the right to privacy both for people who use Facebook and Instagram and those who do not” and that, once released, the consequences can be difficult to prevent.

In its request for the opinion, Meta noted that the publication of this kind of information can lead to a number of real-world harms, including ‘doxing’ – where a person’s private details are posted online – which can result in harassment, stalking and violence.

Meta also pointed out that resources and effort are still required to access documents and information that could be deemed ‘publicly available’ but that via social media, they can be accessed and spread much more easily and on a much larger scale, multiplying the potential harm they could cause.

As such, the Board concluded that “the Privacy Violations policy should be more protective of privacy” and that it favours narrowing the exceptions included in it “to help Meta better protect the private residential information of people both on and off its platforms.”

It also issued a number of recommendations of steps Meta could take to improve its privacy policy, including clarifying the criteria for removal, streamlining redress mechanisms for victims of doxing and temporarily suspending accounts considered to have shared information with malicious intent or the aim of increasing harassment.

In addition, it said, users should be made more aware that Facebook’s Community Standards also apply on Instagram, which is owned by Meta.

The Board also proposed making some of the provisions more nuanced. While images of residences should still be allowed when the place is the subject of a news story, the opinion says, this shouldn’t be the case when there is a “context of organising protests against the resident”.

Similarly, where protests are and the publication of details about publicly-owned official residences should not be prevented, given that public officials are seen to have agreed to a lower level of personal privacy, this should stop short of allowing the sharing of information about their private homes or embassies that double as residences.

Finally, the Board says that users shouldn’t be prevented from posting their own addresses online, or from consenting to others doing so but that the default assumption underlying the policy should be that individuals have not given their consent to have this kind of information shared so widely.