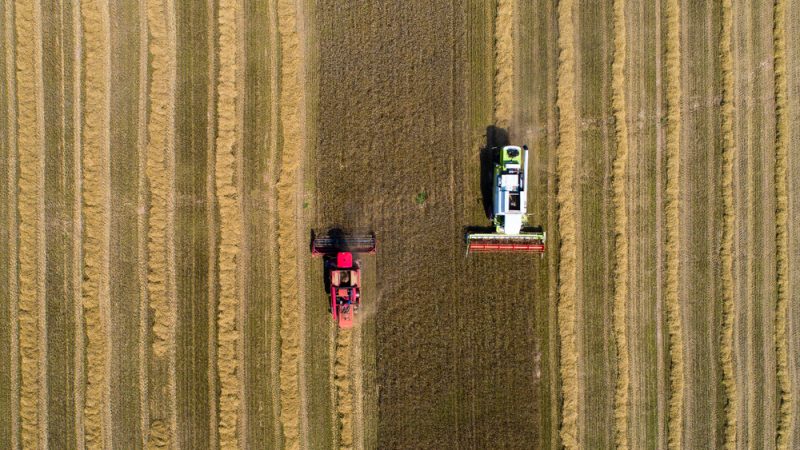 While EU agricultural spending for climate action is high, this has not brought emission reductions, says a new report by the Organisation for Economic Co-operation and Development (OECD).

The report also calls for sustainably ramping up productivity through innovation.

“Despite a large part of its budget earmarked for climate action, the current [Common Agricultural Policy] CAP programme has not seen significant reductions in EU agricultural emissions in the last decade”, the paper notes concerning the bloc’s farming subsidies programme.

According to the authors, the fundamental problem is that CAP climate spending is not tied to clear reduction targets.

For the sector to contribute to the objectives enshrined in the EU’s “Fit for 55” climate package, such funds should “link to agricultural emission reduction targets at national and EU level,” the report recommends.

“To me, the fundamental issue remains that what we have been doing in Europa has been that we have been offering voluntary [sustainability] measures,”Professor Emeritus of European agricultural policy Alan Matthews said during the presentation of the report on Thursday (23 June).

“And at the end of the day, there is not really any signal to farmers saying: look, this is actually a real cost to us as a society and to the planet,” he added.

According to the OECD, voluntary incentive schemes such as the so-called eco schemes set to enter into force in the reformed CAP from 2023 are not enough, and the EU will need to price agricultural emissions.

The report also compares the agricultural policies of 54 countries, revealing that the EU is not alone in not effectively targeting financial support for the agricultural sector for climate and sustainability action.

“Public agricultural aid has reached record levels, but the proportion of funding deployed to boost sustainable productivity growth has fallen,” Marion Jansen, head of the OECD directorate for trade and agriculture, explained. “This is not a good sign.”

According to her, sustainable productivity growth needs to be significantly ramped up to overcome the challenges food systems are facing while at the same time keeping agricultural emissions on track to meet the Paris Agreement climate goals.

The EU budget’s contribution to climate action in agriculture has been overstated by a whopping €60 billion, according to a damning new auditors report which also sheds light on the neglected implementation phase of policy-making.

The flip side of food security measures

Meanwhile, the report also cautions that some measures taken in response to the Ukraine war and the resulting food supply challenges could be “counterproductive,” including climate action.

“Loosening environmental standards in order to boost domestic production could have procyclical effects and come at the expense of sustainability,” the researchers warn.

The EU Commission and several member states had recently taken steps to delay or loosen specific ecological rules within the reformed CAP, for example, on fallow lands or crop rotation.

At the same time, the report also cautioned against export restrictions in the face of global supply shortages, as those “push prices up and tighten supply and should therefore be avoided or removed.”

EU-India clash over push on free trade of food

The Indian government has lambasted a push from the EU and other World Trade Organisation (WTO) members to keep global trade on foodstuffs open to cope with the fallout of the Ukraine war, backing countries’ right to stockpile to feed their citizens.

Another issue on which the report concluded the EU needs to do more is agricultural innovation.

To feed a growing world population, the agriculture sector “will have to increase productivity, and has to do so in an environmentally friendly way,” the OECD’s Jansen explained.

In the EU, however, agricultural productivity growth remains low, according to the report. While some of this can be attributed to environmental regulations limiting growth, “regulations also limit the use of some agricultural innovations.”

In Jansen’s view, innovation is key to ramping up productivity. “More money has to go into innovation, into research and development, into skills and infrastructure,” she stressed.

Commission president Ursula von der Leyen has recently stressed the need to build resilience in food production through new technologies, including precision farming and other innovations such as nanotechnologies.