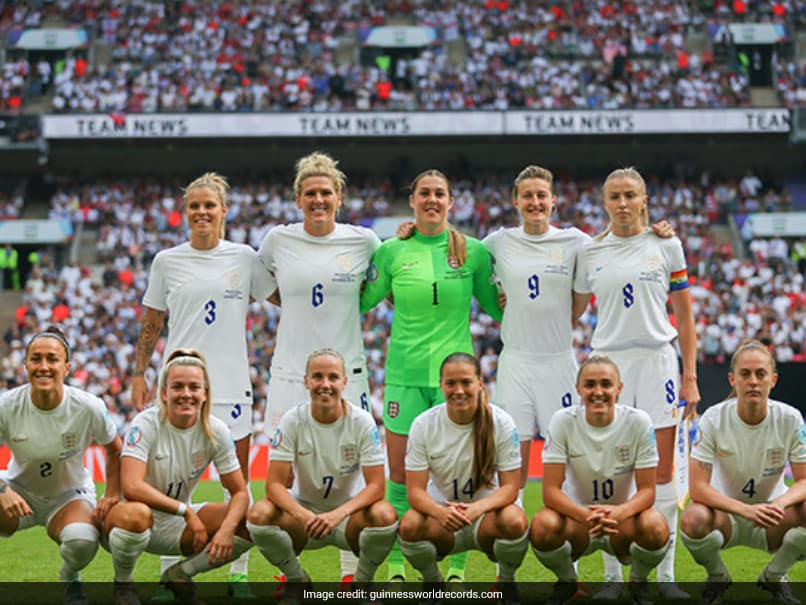 The England women’s football team, which won the Euro 2022 after defeating Germany 2-1 on Sunday, also set a Guinness World Record (GWR) in the process. According to GWR, the team of Lionesses now has the record for most goals scored at a UEFA Women’s European Championship. Germany broke this record in 2009 with 21 goals.

Congratulations to @Lionesses on their #WEUROS2022 victory! 🦁🦁🦁

During the championship, the English team was one goal away from matching Germany’s record after their semi-final victory of 4-0 against favourites Sweden on July 26.

Lina Magull’s goal brought Germany back even. However, England won the competition outright with 22 goals when Chloe Kelly, who had taken Beth Mead’s place, scored the third goal.

Guinness World Records shared a post on its Twitter handle on Monday and wrote, “It’s the morning after the night before for the @Lionesses as they broke two records on their way to European glory.”

Kelly’s 110th-minute winner gave England its first significant victory abroad since the men’s team won the World Cup in 1966 in front of a record-breaking attendance of 87,192.

Future generations’ perceptions of the women’s game in England may be altered by the Lionesses’ legacy. Chloe Kelly scored the game-winning goal as England defeated Germany drawing a record 17.4 million viewers for a women’s football match in the United Kingdom.

The English team, coached by Dutchwoman Sarina Wiegman, has had an exceptional championship run, highlighted by a memorable victory over Norway at the Amex Stadium in Brighton during the competition’s group round.