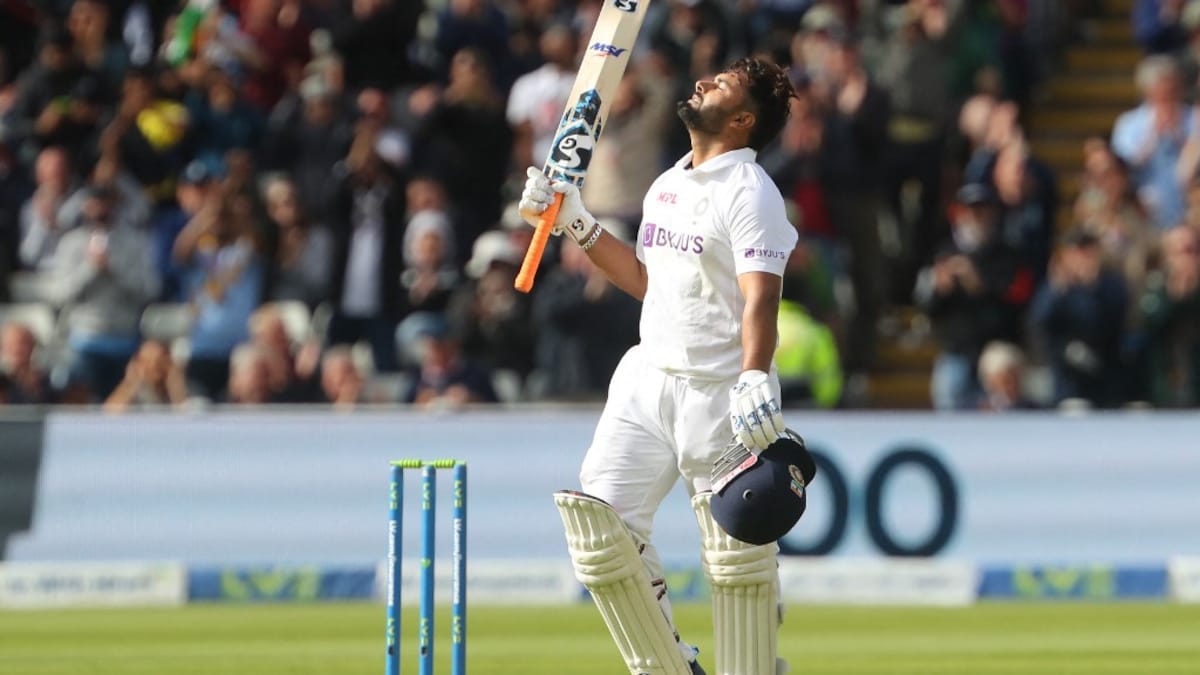 Rishabh Pant led India’s fightback by smashing his fifth Test century on Day 1 of the ongoing rescheduled fifth Test against England at Edgbaston. Pant scored a counter-attacking century off just 89 balls as India managed to recover from a top-order collapse. The 24-year-old hit 15 boundaries and a six en route the 100-run mark. With India reeling at 98 for five, Pant and Ravindra Jadeja stitched an unbeaten partnership for the sixth wicket and took India past the 200-run mark.

This was the fastest century by an Indian wicketkeeper in Tests. It was also

Pant also crossed the 2,000-run mark in Tests during his swashbuckling knock as he frustrated England bowlers.

This was Rishabh Pant’s second Test century in England, and his fourth one away from home.

He was eventually dismissed for 146 off just 111 deliveries by Joe Root.

Pant’s partnership of 222 runs with Ravindra Jadeja, who hit a half-century of his own, came at a crucial juncture, with James Anderson and Matthew Potts sharing five wickets between them to leave India reeling at 98/5.

Earlier, England had opted to win the toss and opted to bowl.

Jasprit Bumrah is captaining India in the match, with regular skipper Rohit Sharma ruled out with COVID-19 and vice-captain KL Rahul out with injury.

Virat Kohli-led India had taken a 2-1 lead in the series last year before the fifth Test was postponed due to a Covid outbreak in the visitors’ camp.