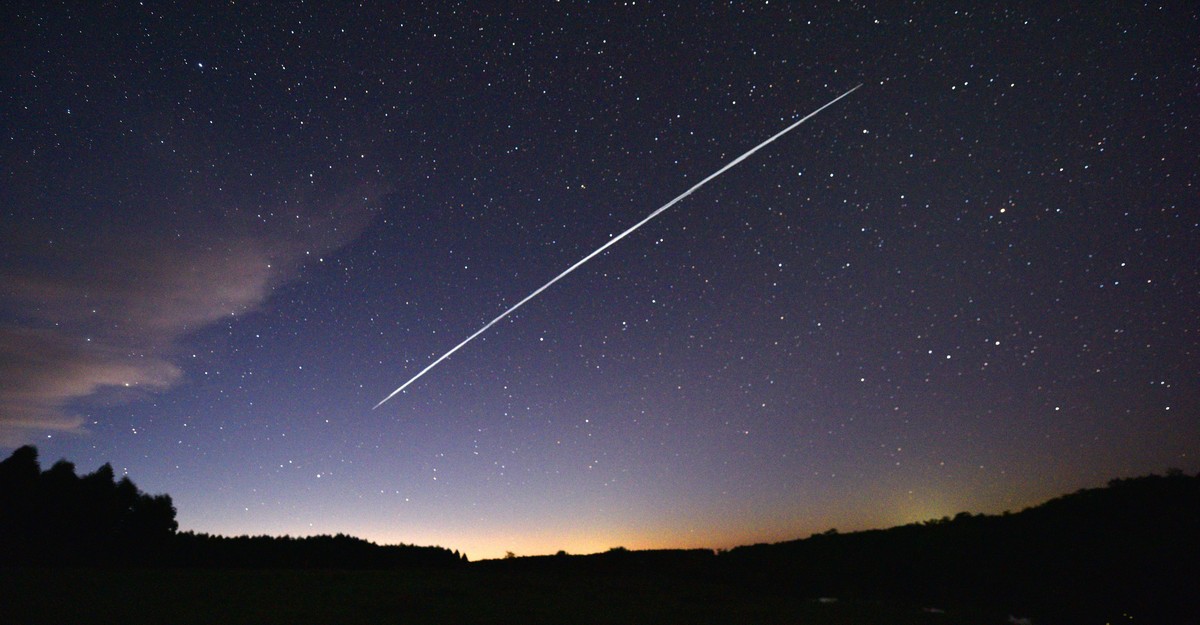 On Saturday, Ukraine’s vice prime minister made a plea for help directly to Elon Musk. “While you try to colonize Mars—Russia try to occupy Ukraine! While your rockets successfully land from space—Russian rockets attack Ukrainian civil people!” Mykhailo Fedorov tweeted. “We ask you to provide Ukraine with Starlink stations.”

Starlink is Musk’s effort to make high-speed internet available anywhere on Earth using thousands of satellites sprinkled in orbit around Earth. Since Russia’s attack on Ukraine began last week, many in the country have experienced internet disruptions, particularly in cities such as Kharkiv, the epicenter of Russian violence against Ukrainian civilians. They fear that further outages could cut them off from the rest of the world.

Voilà! Many observers of the exchange quickly lavished Musk with praise, with some referring to him as a hero. The strong response to Musk’s swift maneuvering made it seem as though the SpaceX CEO had flipped a switch and now Ukrainians could simply navigate over to their Wi-Fi settings and select “Starlink.” In that moment, Elon Musk, the man, seemed to be acting almost like a state of his own, a foreign entity that people around the world can call on for humanitarian aid the way they might call on a government. According to Federov, a shipment of Starlink satellite dishes, which SpaceX calls “terminals,”  arrived today.

But Starlink isn’t an instant fix, and Musk can’t exactly wave a wand at Ukraine’s internet disruptions. “It’s nice for him to offer, but that doesn’t mean it will actually have a meaningful impact right away,” Brian Weeden, a space-policy expert at the Secure World Foundation, a nonprofit group that promotes peaceful and responsible uses of space, told me. The entire sequence—the plea, the response, the actual effect—reveals some of the limits of Musk’s influence: His outsized reputation doesn’t always match what he can actually control.

Read: A question only Elon Musk can answer

For any Ukrainians to make use of Starlink, they have to get their hands on one of these Starlink terminals, which are made by SpaceX. (For regular customers, a Starlink kit costs $499, and the service is $99 a month.) SpaceX did not respond to questions about the number of active terminals in Ukraine right now, or how many terminals the company plans to send to the country.

These terminals must be within several hundred miles of ground stations that communicate with Starlink satellites before the satellites beam signals down to those dishes. There are no such stations inside Ukraine, but there are enough in neighboring countries to “provide service to the whole of Ukraine without issues,” Mike Puchol, the chief technology officer at an internet start-up who also runs a tracker of Starlink coverage, told me.

If and when Ukrainians can get connected, there’s also the matter of the service’s quality. Starlink, according to SpaceX’s website, requires a clear view of the sky to maintain a direct line of sight between the terminal and satellites passing overhead. Last spring, when the product was still in its beta-test phase, some users found that trees on the horizon, sometimes even a single tree, could disrupt the signal. Some user reports suggest service has improved since then, but disruptions can still occur. “If a few trees can block your Starlink connection, I’m pretty sure Russia or China or another state actor can,” Weeden said.

Even if Starlink worked perfectly, the use of satellite technology can be risky in wartime, John Scott-Railton, a senior researcher at the University of Toronto’s Citizen Lab, told me. Transmissions between ground receivers and satellites can become beacons for air strikes. “None of this is new,” Scott-Railton said. “The only new thing is Starlink, which has never really been tested in a context of battle.”

Read: The night sky will never be the same

It is difficult to predict what sort of dent—if any—Starlink will make in Ukraine’s connectivity problems. But this intervention is a natural position for Musk, who has made a reputation for inserting himself into emergency situations that he believes could benefit from one of his many enterprises, whether the parties involved request his help or not. Last month, after a volcano eruption and tsunami near Tonga destroyed undersea cables and temporarily cut off the island nation from the rest of the world, SpaceX dispatched 50 free Starlink dishes and set up a new ground station in neighboring Fiji; Musk said last week that service there is “a little patchy” but “will improve” soon. In the early days of the coronavirus pandemic, Musk said that his electric-car company, Tesla, would manufacture ventilators for COVID-19 patients. Hospital administrators, while grateful, said the machines weren’t actually ventilators but a different type of breathing machine. And in 2018, when a young soccer team and its coach became trapped in a flooded cave in Thailand, Musk assembled a miniature submarine and dropped it off near the site “in case it may be useful in the future.” Officials decided not to use the machine in the rescue effort, and Musk ended up calling one of the rescue volunteers a “pedo guy,” prompting a lawsuit.

But Musk wading into natural disasters is different from inserting himself into a war, where behaving like a state actor is higher stakes. Already, there are people in Musk’s replies asking whether he can fire up Starlink in Russia, so that Russians can access censored news websites and social-media networks. What might Musk decide in a different scenario, when members of a besieged population are calling on him to turn off Starlink in a particular region? Musk has already shown that he can be choosy about where he makes the internet service available. As Starlink service becomes more widespread, Musk might behave more like an arbiter on internet connectivity, which the United Nations formally considers a human right, dispensing it as he chooses.

In some ways, these considerations aren’t so different from those faced by other tech companies, such as Facebook, Google, and Twitter, which have also gotten involved in the Ukraine conflict in some way. “All [tech giants] position their existence as somehow noble—their purpose is, variously, to help people share their life, to provide answers to the most difficult questions, and to deliver what you need when you need it,” Adrienne LaFrance wrote in The Atlantic last year. But Musk is not quite like other tech CEOs: Many people see him as a larger-than-life figure, part superhero, part savior. Jeff Bezos is working on his own constellation of internet satellites through Amazon (and feuding with Musk over it), but a Bezos tweet is unlikely to spark the same level of admiration.

Nearly 1,600 operational Starlink satellites are currently in orbit. In the years to come, Musk, currently the richest person in the world, plans to blanket the space around Earth with thousands more. The cult of personality surrounding Musk, coupled with the nature of Starlink’s high-flying operations, cast the SpaceX CEO as an almost godlike figure—our great internet savior, making Wi-Fi rain down from the sky. But Musk is a businessman, not a philanthropist. And SpaceX doesn’t exist to beam internet down from the heavens; the company was founded with the express purpose of putting people on Mars and, as Musk’s tagline goes, “making life multiplanetary.” Musk wants to save humanity by colonizing Mars, not by giving everyone internet, and Starlink is supposed to help finance that deep-space effort. But as Musk builds out his Starlink network, he could extend his influence across the globe, potentially giving people—or taking away—an essential component of modern life.

For now, in the context of the Ukraine crisis, the myth around Musk has outpaced what Musk can actually do. Perhaps Starlink will someday prove useful in conflict zones, Scott-Railton said, and he hopes that both SpaceX and government officials will keep an eye out for any Russian interference. “It’s great to see the devices crossing the border and the first signs of follow-through,” he said. But a truck full of Starlinks is a well-intentioned start, not a magic fix.