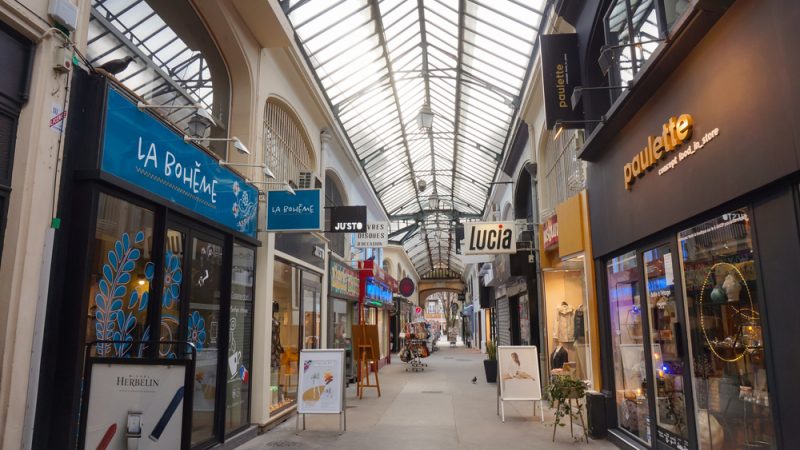 The number of companies voluntarily closing down in France is increasing, fuelled by labour shortages, energy costs, and the climate crisis, a trend reflected across the entire EU.

Faced with uncertain futures, and still reeling from the impact of the COVID-19 pandemic, many business owners are opting to cut their losses now and shut up shop rather than risk facing bigger problems further down the line.

“I’ve been in business for 30 years, and I’ve never seen anything like this”, Patrick Seguin, serial entrepreneur and president of the Gironde Chamber of Commerce (CCI), told EURACTIV.

“I was recently confronted with a 65-year-old entrepreneur, in tears, who told me that he no longer understood anything about this world and was stopping everything”.

In the first half of 2022, 183,530 French companies closed a 35% increase compared to the same time last year and a 40% increase from 2020, according to official data from French Commercial Courts.

Repaying state-guaranteed loans and social security contributions is becoming increasingly difficult for many French companies, particularly small ones, with the risk of mass insolvency reaching an all-time high, the country’s trade unions have warned.

“A business leader has no choice but to be optimistic,” explains Jean-Guilhem Darré, delegate general of the trade union for the Self-Employed and SMEs (SDI), contacted by EURACTIV.

“More and more entrepreneurs, especially in very small businesses, are unsure about the future. Faced with the looming economic and energy crisis, many are deciding to quit before it is too late,” he added.

Seguin said that those who are going out of business “no longer understand the world they live in, between COVID, the war in Ukraine and the climate crisis”.

This is in addition to the obligation that many SMEs now have to start repaying state-guaranteed loans. EURACTIV revealed in August that 20-30% of SMEs, or between 120,000 and 180,000 businesses, are at risk of bankruptcy within “six to eight months”, according to the SDI.

The skilled labour shortage is a crucial problem

The struggle to recruit talented individuals is also at the heart of many business people’s decision to end it together.

It is one of the main drivers explaining the continuous fall in business confidence “for the sixth continuous month”, according to the latest survey by the European Commission’s Directorate-General for Economic and Financial Affairs (ECFIN), published on August 30.

Gerhard Huemer, director of Economic Affairs at SME United, is clear: “There is a shortage of skilled labour, especially in the service sector. We are seeing a workforce from Eastern Europe that left during the pandemic and never returned to Western Europe.”

This was also shown in the latest business survey by the Confederation of the Small and Medium-sized companies, published in July. Of the 51% of companies looking to hire, “94% of them find it difficult to recruit the right profile”. One out of four managers faces a high turnover, “the main reasons for which are the desire of employees to devote themselves to something other than their professional life”.

An internal note from the French employers’ trade union CPME, to which EURACTIV gained exclusive access, further shows that whilst the number of closures has gone up significantly, so has the number of business creations – 1.5 million in the past two years, a historic number.

“There is a significant company turnover, which suggests that newly-created businesses are simply less and less economically viable”, the note reads, especially in the food delivery sector.

This is especially true for the self-employed.

“Many self-entrepreneurs have started their own business throughout the COVID crisis without developing a viable business model,” Jean-Eudes du Mesnil, secretary-general of the Confederation of Small and Medium-sized Enterprises, told EURACTIV.

Thomas Denfer, president of the National Council of Commercial Court Clerks, agrees: “We are faced with many individual entrepreneurs who tried to enter the food delivery sector during the pandemic. But these are volatile sectors”, and companies do not last.

This reality also exists at an EU-wide level. Although the European Commission does not have specific data on voluntary closures, 80% of closures (1.6 million) in 2021 come from businesses without employees, suggesting that those who became self-employed during the pandemic are leaving their entrepreneurial days behind.

While inflation eats away at the purchasing power of European workers, the largest European companies have considerably increased the sums they paid out to shareholders in the second quarter of 2022.