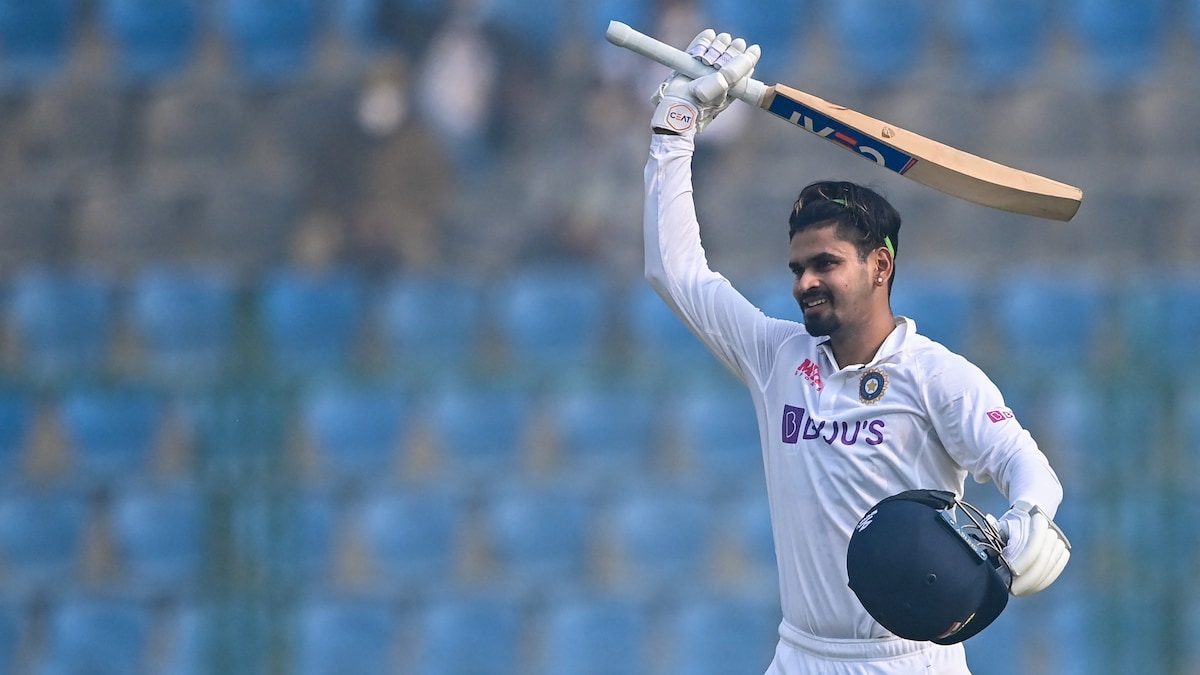 Shreyas Iyer is the 16th Indian batsman to score a hundred on Test debut.© AFP

After the first Test in Kanpur ended in a draw, India and New Zealand are set to face off in the second and the final match of the series at the iconic Wankhede Stadium in Mumbai. Team India will see the return of their regular skipper Virat Kohli in Mumbai Test after the star batter took a break from the T20I series and the first Test against New Zealand. With Kohli coming back in the squad, the team management is in a dilemma on whom to replace in order to fit the skipper back in the side.

Former India batter VVS Laxman weighed in on the situation, saying Shreyas Iyer, who hit a century and a half-century on his Test debut in Kanpur, should be retained in the line-up.

“Shreyas Iyer batted in both the innings and to get a hundred in his first Test series and then to follow it up with a fantastic half-century. Both these innings, mind you, have come when the team was under pressure, so it was a fantastic performance from Shreyas Iyer,” said Laxman on the Star Sports show ‘Follow the Blues’.

Laxman also offered his take on the possible playing XI, saying he would have Mayank Aggarwal dropped from the Mumbai Test line-up.

“It will be difficult, but I believe that Mayank Aggarwal in both the innings gave an underwhelming performance and was uncomfortable at the crease. Cheteshwar Pujara has the ability to open, he has opened the innings previously.

“The number 3 position can be filled by Ajinkya Rahane, Virat Kohli can come at number 4 and Shreyas can come in at number 5 because how can you ignore his performance. So, I think it’s a tough call that Rahul Dravid and Virat Kohli have to take. I hope that they take the right decision and don’t ignore the performance of Shreyas Iyer,” added former India middle-order batsman.