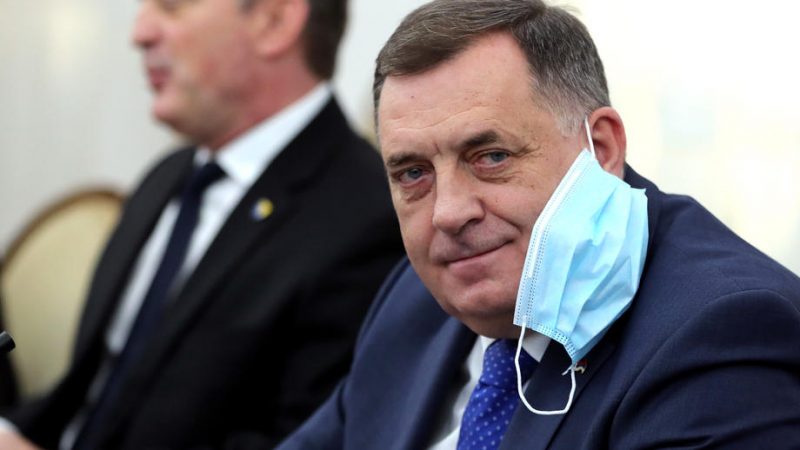 Bosnia and Herzegovina will not join the EU’s sanctions against Russia, said Milorad Dodik, the Serb member of the BiH tripartite presidency about a decision that needs the backing of all three presidency members. The two others, Šefik Džaferović and Željko Komšić support the sanctions.

Dodik on Monday spoke via phone to Russian Foreign Minister Sergey Lavrov about the “implementation of agreements reached during the meeting of President of Russian Federation Vladimir Putin in December 2021,” according to the Russian Embassy in Sarajevo. This was the first public information about agreements at the meeting.

Dodik and Lavrov also reiterated the commitment to a “strict compliance with the Dayton Agreement on Bosnia and Herzegovina, combatting the more and more present attempts to alter the principles contained in them and approved by the UN Security Council so they would suit the EU and NATO but at the expense of the peoples of Republika Srpska (BiH’s Serb-majority entity).”