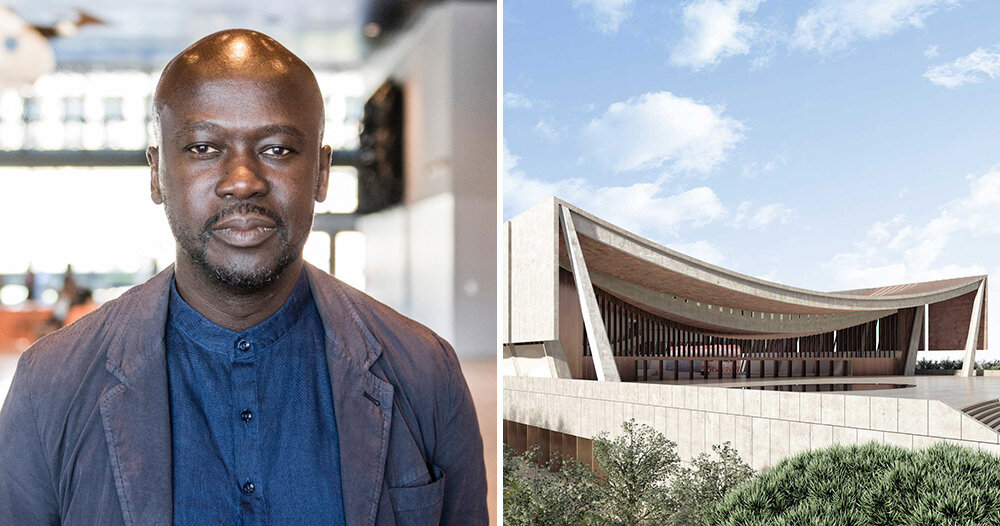 Upcoming elections in Ghana could lead to a so-called ‘judgement day’ for Pritzker Prize-winning architect Sir David Adjaye, involving controversial payments made to him by the government for his work on the ongoing National Cathedral project (see designboom’s coverage of the design here).

The west African nation had been led by its New Patriotic Party (NPP) since Nana Akufo-Addo was elected President in 2020. Now, the challenging National Democratic Congress (NDC) party hopes to win back leadership in 2024.

As part of its campaign centering on economic improvement, NDC Member of Parliament Samuel Okudzeto Ablakwa is demanding answers from the nation’s finance minister regarding the payment of $21.37 million USD to SirDavid Adjaye & Associates Ltd. for the design of the National Cathedral, which he claims to have been paid without parliamentary approval.

What’s more, the state had released an additional $25 million USD in ‘seed money’ (13% of the total cost of the $190 million USD project). According to documents shared on twitter, this seed money was designated to initiate the mobilization of contractors, site excavation, equipment and materials, and design of a ‘Bible Museum and Biblical Gardens’ by Adjaye & Associates.

Ablakwa, currently the minority spokesperson on Foreign Affairs, claims that because the payments were released by the state without approval by parliament, the procurement process by Adjaye & Associates was ‘fraudulent.’ Ablakwa claims that a future NDC government would call for Sir David Adjaye to refund that money.

the status of the national cathedral

Sir David Adjaye & Associates unveiled first images of the National Cathedral’s design in 2018 and is planned to be built in the nation’s capital, the coastal city of Accra. The project is designed to cover fourteen acres of newly landscaped gardens adjacent to Osu Cemetery, and to comprise a diverse set of programming including: a series of chapels, a baptistery, a 5000-seat two-level auditorium, a grand central hall, music school, choir rehearsal, art gallery, and a gift shop.

The minority MP Samuel Okudzeto Ablakwa has been vocal on social media regarding the National Cathedral, claiming that the project would not be able to be completed by its 2024 deadline set by President Nana Akufo-Addo. Already, many private residences and businesses have been demolished and relocated to make way for the fourteen acres of new construction and landscaping, but construction had been suspended in March 2022.