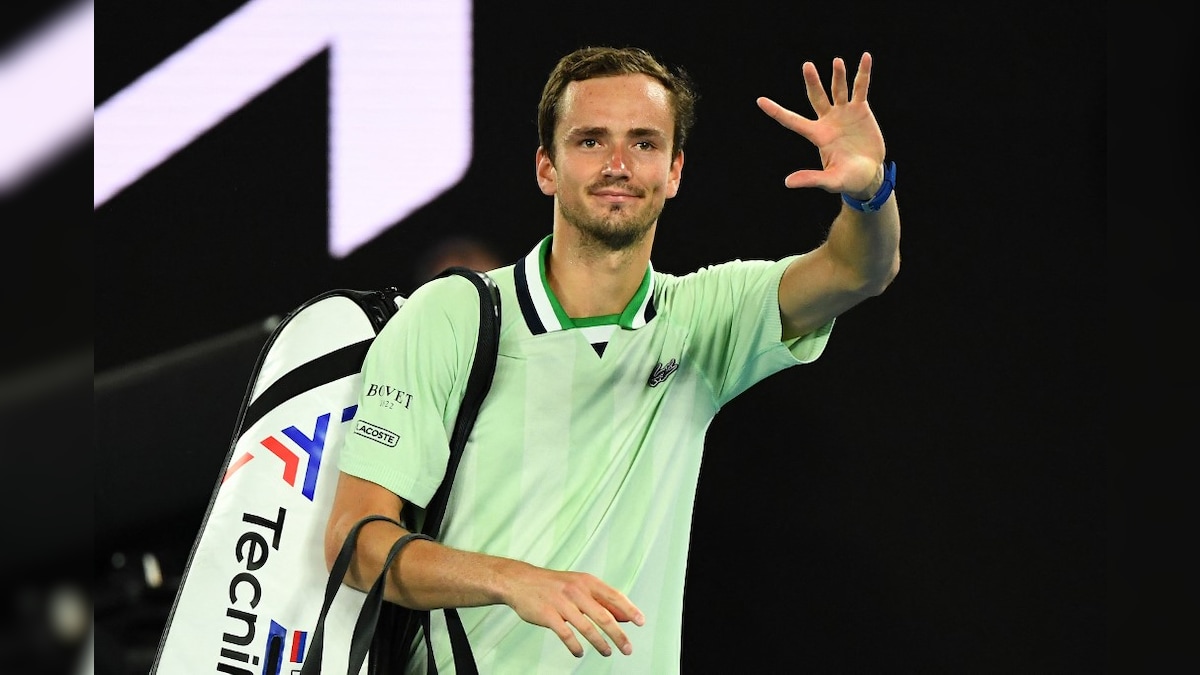 US Open champion Daniil Medvedev said he was eyeing the world number one ranking with uncertainty over Novak Djokovic’s immediate playing future. The Russian US Open champion overcame a major obstacle to a second successive Grand Slam title in coming through a tempestuous second-round Australian Open encounter with Nick Kyrgios in four sets on Thursday. The absent 2021 winner Djokovic cannot lose his world number one status this fortnight, even if second-ranked Daniil Medvedev goes on to win the Australian Open.

But Medvedev can close the gap further after narrowing it by beating Djokovic in the final at Flushing Meadows to win his maiden major.

“If I manage to do big results, I can become number one, especially with Novak losing his points here,” said Medvedev after setting up a third-round match against Dutchman Botic van de Zandschulp on Saturday.

“He (Djokovic) didn’t manage to play here. That was a big story, but the result is this, and if I manage to become number one, even with these circumstances, I think I should still have some credits,” he said with a smile.

“I came here to Australian Open, prepared well. I want to win as many matches as possible. It’s tough, Grand Slams are tough, there are going to be tough opponents.

“I have been number two for quite a long time. I have been playing pretty well.

“Of course, I want to become number one, win 25 slams, or something like this.

“But again, for me the most important thing is hard work, trying to improve my game, to be a better player, try to win every tournament I play.”

Kyrgios is in no doubt who is the current men’s best player.

“I think if you asked everyone on tour they would probably vote him the best player in the world at the moment,” Kyrgios said.

“His consistency. Every game he doesn’t drop his level, he shows up every game. No matter what the score is or how much pressure he’s under he never kind of gets flustered. He just has so much belief in his game.”