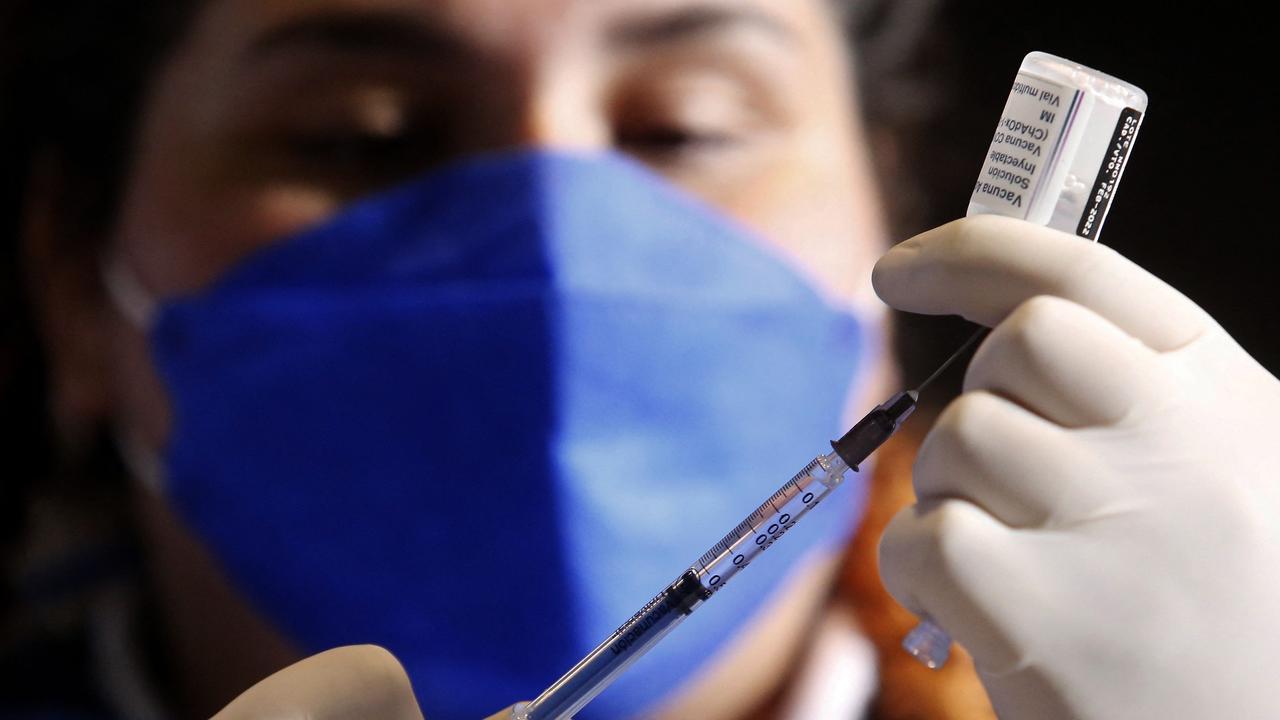 News that Australians will require a booster shot to be considered fully vaccinated against Covid-19 has been met with a mixed response online.

News that Australians will require a booster shot to be considered fully vaccinated against Covid-19 has been met with a mixed response online, as one expert urges health officials to reassure the public they will not be required to get a shot “every three or four months”.

Prime Minister Scott Morrison said on Thursday that from the end of March, three doses would soon be considered “up to date” as the country shifts away from using the term “fully vaccinated”.

People who do not get their booster within six months of their second dose will be considered “overdue”.

Social media pages of news outlets announcing the change have been swamped with anti-booster sentiment, with many users saying they had been double or even triple vaccinated but would not be getting any more shots.

“Well I’ve had my three and that’s all I’m having,” one woman wrote on the ABC News Facebook page.

“Had side effects with the last two, I’m not putting any more in my body. Done my part for the herd immunity far as I’m concerned.”

Another woman said, “I’ve had two, I don’t plan to have my booster when the time comes. If that deems me unvaccinated and facing ridiculous mandates then so be it.”

One asked, “How many shots will be made mandatory? I’ve done everything the government has asked, to be able to travel and keep my job and dine at a restaurant. Enough is enough.”

Another woman said, “This government sounds like a drunk at the pub telling his wife he’s only having one.”

“The goalposts move once again,” one man added, while a woman agreed, “Such a joke. When will this stop.”

“This will be the end of it for most people,” one user wrote. “F**k getting jabbed every six months and that being tied to keeping your job. It’s actually sickening what’s happening in this country.”

Another said, “The pushback against this will be insane. As long as employers don’t have to enforce it I don’t care anymore. I’ve got three jabs. If I just caught Covid and had two there is no way in hell I would be lining up for a third. Countries are rolling back mandates and we are laying them down. This doesn’t feel right.”

A third added, “And just like that, millions of people are now considered unvaccinated. Wait no, sorry I mean ‘not up to date’. Sorry but I’m not getting a third shot.”

Some people welcomed the news, however.

“Good! I’m glad they are getting with the times,” one woman wrote on Facebook.

“I’m triple-dosed already due to being immunocompromised and am looking forward to getting my fourth booster next week. Just as with a flu vaccine, you get one every year. These people acting as if more doses of the Covid vax is doing anything other than keeping your immunity up have lost the idea of how vaccines work.”

As of Thursday, just under 94 per cent of Australians over 16 have received two doses of a vaccine and 9.6 million people, or about 37 per cent, have received a third dose, according to federal Health Department figures.

In December, Mr Morrison said he did not believe Australia had achieved one of the highest vaccination rates in the world through “mandates and controls”.

“I think it’s been largely achieved by the goodwill, good faith and the common sense of Australian people,” he told reporters.

Mr Hunt’s office did not immediately respond to a request for comment.

Mr Morrison flagged in his statement Thursday that ATAGI’s updated advice would likely affect proof-of-vaccination passports used to enter some venues and workplaces.

Rules vary by state and territory, and some jurisdictions including NSW, Victoria and Western Australia had already made booster shots mandatory for certain sectors such as healthcare.

“In its advice, ATAGI acknowledges that this change in definition of up-to-date status for Covid-19 vaccines may impact the status of an individual’s Covid-19 immunisation certificate, and sufficient time should be provided to support implementation of changes,” Mr Morrison said.

In its announcement, ATAGI indicated the implementation of the recommendations would be left to the states and territories.

“ATAGI notes that the concept of being up-to-date with vaccination may be different to what has been required to be ‘fully vaccinated’, which is a term that has been used in the context of public health orders or mandates in various settings, including border control, quarantine, workplaces (e.g. aged care, health care), and in other select settings,” ATAGI said.

“These applications may involve legal and policy implications and are not within the remit of ATAGI but should be considered in the implementation of this advice. The ATAGI Covid-19 up-to-date vaccination status recommendations will be used by the Australian Immunisation Register to assist in determining whether an individual has had the recommended vaccine doses.”

‘A lot of people are confused’

Associate Professor Paul Griffin, director of infectious diseases at Mater Health Services, agreed there seemed to be a certain amount of hesitancy from the public.

“I think there is at the moment,” he said.

“I think this change is certainly laying the groundwork for there to be subsequent doses into the future, but the thing a lot of people are concerned about is that it’s going to be every three or four months, and that’s not the case. I think the majority of us agree three or four-monthly is not practical or feasible, nor is it likely to be required.”

Prof Griffin said while experts would have to wait for the data on durability of protection from boosters to come in, future intervals were likely to be “a lot less frequent”.

“I suspect around once a year will be where we end up,” he said, adding when a fourth dose would be required would “really depend on what’s happening with transmission and level of protection and new variants”.

He said it was important for health authorities to better communicate these issues to allay the public’s concerns.

“I think there are a lot of people who are confused by the situation at the moment,” he said. “Certainly a lot of people are saying, ‘I’m not going to get one of these every three months’, so it’s important we point out that’s not the plan.”

He added, “We have seen people with three doses still getting infected, so there’s a sense of futility with some people saying, ‘Why would I bother? I know people who got three doses and still got the virus.’

“So it’s important to point out that while you can still get infected, it does reduce your chance of infection, and it significantly reduces your chance of getting seriously unwell.”

Prof Griffin said the prospect of mandating a third dose was also generating some pushback.

“There is a lot of uncertainty about mandates as well – a lot of people had issues with two doses being mandated,” he said.

“I think it’s becoming clearer that (mandating a booster) is also not the intention, outside of aged care initially.”

He noted the arrival of Novavax, which many vaccine-hesitant Aussies had been holding out for, should help address some of these issues.

Prof Griffin stressed the need to “address some of this misinformation so we do get that booster rate up”.

“I think we do need to make sure we educate people on the clear benefit,” he said.