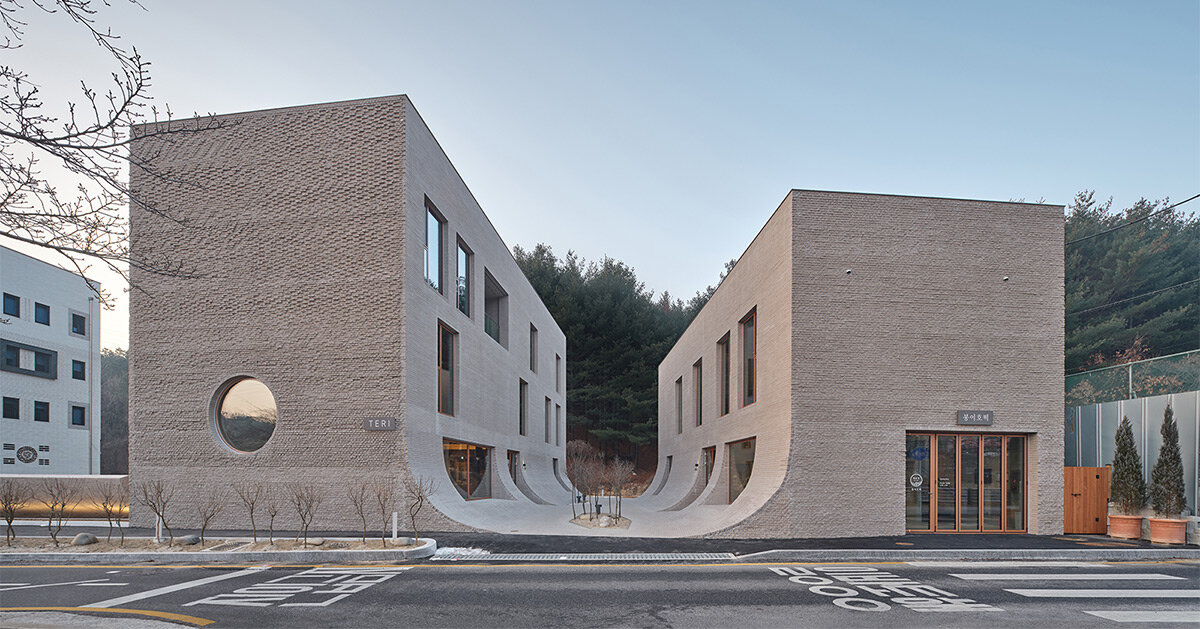 Below the japanese foot of Gyeryongsan Mountain in Daejeon, South Korea, Nameless Architecture has designed and constructed Café Teri (카페태리, 봉이호떡). The newly unveiled construction consists of two separate buildings housing a café and a bakery, whereas an intermediate courtyard completes the U-shaped ensemble. The constructing is made from tough concrete bricks and curved façades that emphasize the continuity of the venture and the fluid native topography.

all pictures by Kyung Roh

The venture by Nameless Architecture (see extra right here) sits proper at first of a neighborhood outdated path resulting in the close by mountains and plains. The design attracts from the native topography, allocating two constructions that face one another whereas a courtyard settles between them. The two buildings are barely shifted aside and their curved exterior partitions move down into the central yard. The fluid partitions of Café Teri create an atmosphere the place the excellence between the wall and the ground is blurred, establishing a dynamic move in the direction of the adjoining forest.

The wall is definitely steady not solely within the yard but additionally within the inside, connecting the within and outdoors surroundings via a stepped house. The uplifted terrain within the yard varieties a static spatiality whereas forming an intermediate place the place folks relaxation and revel in their meals and drinks. The concrete bricks of the constructing emphasize the continuity of the flowing house, however on the identical time, their tough texture creates a distinction in boundaries via the change of sunshine, shadow, and time.