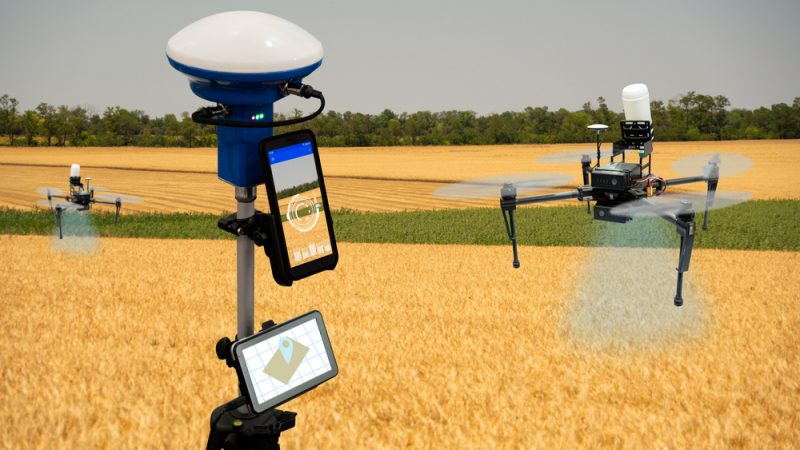 British farmers have set an ambitious strategy to reach net-zero greenhouse gas (GHG) emissions in agriculture by 2040. But for all farmers to be able to contribute, the government should step in and provide the necessary means, the National Farmers’ Union of England and Wales (NFU) told EURACTIV.

“British farmers are committed to playing their part in the climate challenge, and that’s why we’ve set ourselves the ambition to reach net zero across British agriculture by 2040,” NFU Deputy President Stuart Roberts said.

He added that to be successful. this must be a “joint effort, not just from farm businesses but from government, stakeholders, and the wider supply chain”.

As every farm is different, Roberts suggested that a “vast portfolio of measures and incentives” from the government is needed to ensure every farm can get involved.

“These will include actions to improve farming’s resource use efficiency, increase on-farm carbon storage in vegetation and soil, and boost production of land-based renewable energy,” he added.

“Opportunities also lie in farming’s unique ability to take carbon out of the atmosphere, not only offsetting its own emissions but playing a part in carbon removal for other sectors too. And as people who work the land, farmers are in a great position to extract value from this carbon,” he said.

“However, it is an extraordinarily complex area of policy, and a robust carbon price will be absolutely crucial if farm businesses are to consider this as a viable income stream in the future”, he added.

The role of precision farming

He stressed that an increasing number of farmers have switched to precision farming and GPS systems, which “all help businesses decarbonise, and greater investment in the development of agricultural technologies will further aid climate-smart farming”.

However, he noted that the lack of rural digital connectivity is holding back progress and “more needs to be done for farmers to make the most of data and precision technologies”.

According to a NFU report, only 40% of farmers reported that their broadband speeds were sufficient.

EU farmers also face a similar situation. The European Commission is pushing for precision farming practices to be part of the next 2023-2027 Common Agricultural Policy (CAP), but poor broadband infrastructure remains a headache.

EU Agriculture Commissioner Janusz Wojciechowski recently said that to reach their targets, member states must capitalise on advances in innovation, technology and digital solutions – such as precision farming.

“Not only will these advances encourage sustainability, but they will also lead to higher productivity and reduced inputs for farmers, thereby lowering costs,” he added.

However, according to European Commission figures, only 60% of households in rural areas have access to fast broadband (>30Mbps), compared to 86% of the total EU population.

Similarly, the share of rural residents who have at least basic digital skills was 14 percentage points lower than that of city residents in 2019 (48% vs 62%).

EU member states must submit their national strategic plans for the 2023-2027 CAP by the end of December.

According to the new rules, each member state will have to set out their own tailor-made strategy for achieving the EU’s green ambitions, of which stimulating innovation and modernisation will play a key part.

Both UK, EU should move faster

Speaking to EURACTIV, Professor John Crawford from the University of Glasgow praised the EU Green Deal’s whole “value chain approach”, from farming all the way through to retail and consumption.

However, he said neither the UK nor the EU are moving fast enough.

Referring to the UK, he said it is very ambitious in terms of its progress but noted that farmers do not feel informed about how they are going to be supported or compensated to make this transition to a low-carbon or zero-carbon agriculture.

“So, they feel very much in the dark now. We need to make a distinction between words and action,” he added.

The European Commission has said it plans to launch a carbon farming initiative by the end of 2021.

Just like British farmers, the EU agricultural sector wants clarity on how farmers will be incentivised and avoid additional burdens and costs.

EURACTIV reported on 11 November that the European Commission’s ambition to tie the EU’s farming subsidies programme to the European Green Deal is set to fall victim to pressure from member states.

He said there is an ongoing debate in the UK about the new kind of trade deals post-Brexit, particularly about the fact that the UK has fairly high standards in agriculture in terms of animal or environmental welfare compared to some countries that it has trade deals with.

“We let them import food with no tariff, so of course, they could all be cheaper, right? So, all we’re doing is destroying our own agriculture and offshoring the environmental impact.”

When it comes to carbon farming, he said, global standards are required.