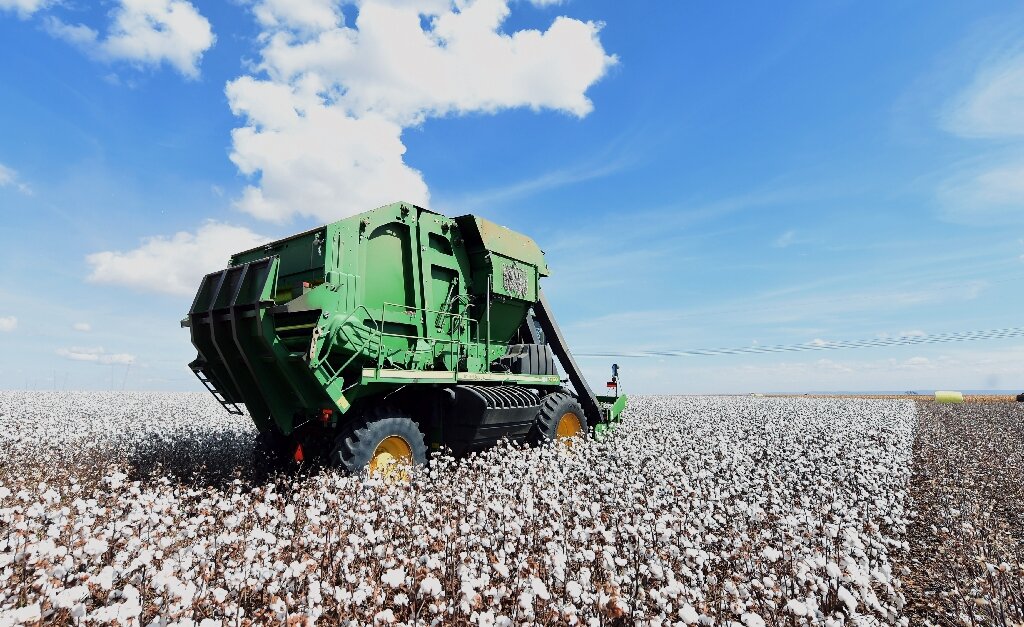 The road through Cristalina, Brazil is in the middle of the tropics, but the fields on either side look like they are covered in snow—little white puffs of cotton stretching to the horizon.

The alabaster plants interspersed with the corn and soybean fields outside the central-western town are part of a silent revolution in Brazil: facing negative attention over the agribusiness industry’s environmental impact, farmers are increasingly turning to cotton and adopting sustainable techniques to produce it.

After increasing exports 15-fold in the past two decades, Brazil is now the world’s second-biggest cotton supplier, after the United States—and the biggest producer of sustainable cotton.

No less than 84 percent of the cotton grown in the South American agricultural giant is certified by the Better Cotton Initiative (BCI), an international non-profit group to promote sustainable cotton farming.

“Consumers have changed. People don’t want to buy products any more that don’t respect nature and its cycles,” says entomologist Cristina Schetino of the University of Brasilia, who specializes in cotton farming.

The industry is trying to improve the international image of Brazilian farming, tarnished by a history of slave labor, heavy pesticide use and the destruction of the Amazon rainforest for agriculture, a trend that has accelerated under far-right President Jair Bolsonaro—an agribusiness ally.

In 2005, the Brazilian Cotton Producers’ Association (Abrapa) launched a sustainability training program for farmers and introduced protocols on efficiently using water and pesticides and phasing out toxic products in favor of biological fertilizers.

“At first, farmers tend to think mainly about the impact on their bottom line. But when they get past that phase… they realize that farming sustainably gives them a guaranteed market,” he told AFP.

Located outside Cristalina, around 130 kilometers (80 miles) south of Brasilia, the capital, Fazenda Pamplona is one of Brazil’s biggest proponents of sustainable cotton.

The 27,000-hectare (67,000-acre) operation, run by agribusiness giant SLC Agricola, is like a small city in the middle of the countryside, with a banquet hall, a children’s park, sports fields and housing for employees.

The farm aims to retain workers by creating a home where they will want to stay, says production coordinator Diego Goldschmidt.

He stands in front of two enormous bales of cotton, labeled with QR codes that detail their harvest.

“These are already sold,” he beams.

Sustainable cotton sells for prices up to 10 percent higher than conventional cotton.

“Besides being the right thing to do for society and the environment, it provides added value,” says Goldschmidt.

But cotton remains one of the most pesticide-intensive crops, using more than double that of soy per hectare.

The problem is the prevalence of pests such as boll weevils and the absence of organic products to stop them, says Schetino.

“There’s still a lot of dependence on chemical products, which have a negative environmental impact,” says the entomologist, who is researching alternatives.

Brazil cultivates around 1.6 million hectares of cotton a year. It is a key supplier for the global garment industry, exporting to the likes of China, Vietnam, Pakistan and Turkey.

Abrapa has set itself the ambitious goal of surpassing the US to become the world’s biggest cotton supplier in 2030.

“Brazil may not have a good image on sustainable farming yet,” says Goldschmidt.

“But we will soon. There’s a lot of potential.”