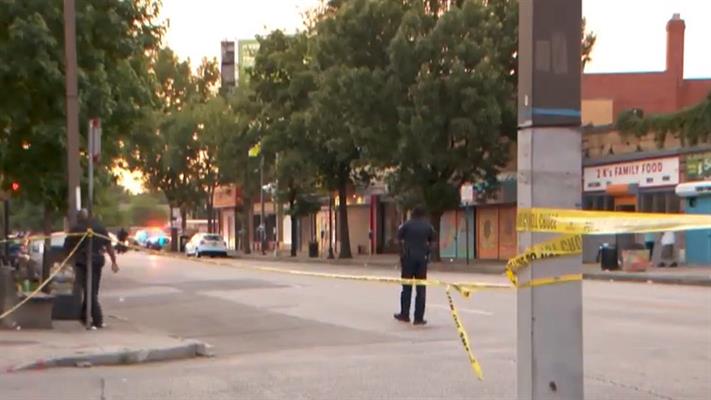 A Baltimore police sergeant is on life support after he was hit by a vehicle and dragged for two blocks in northwest Baltimore.

“During the stop, the sergeant became engaged with the vehicle and the driver hit the gas and accelerated, dragging the sergeant — what we think is about two blocks — and striking another car along the way,” Baltimore police Commissioner Michael Harrison said.

Police said the driver of the suspect vehicle got away.

Medics arrived on the scene and rendered aid to the officer before taking him to Shock Trauma, police said.

“He is critically ill. He is on full life support. He will be headed to the intensive care unit in the not-so-distant future,” Shock Trauma Director Dr. Thomas Scalea said.

Baltimore Mayor Brandon Scott said the sergeant was doing his job when he was injured.

“I hear a lot about what our police officers in Baltimore aren’t doing and won’t do, but what we have tonight is a sergeant who is on life support here at Shock Trauma because he was exactly where he should have been doing,” Scott said.

Harrison said investigators are following promising leads on the case.

Scott joined the commissioner in asking for anyone with any information to call police or Metro Crime Stoppers at 1-866-7LOCKUP.

This report will be updated.