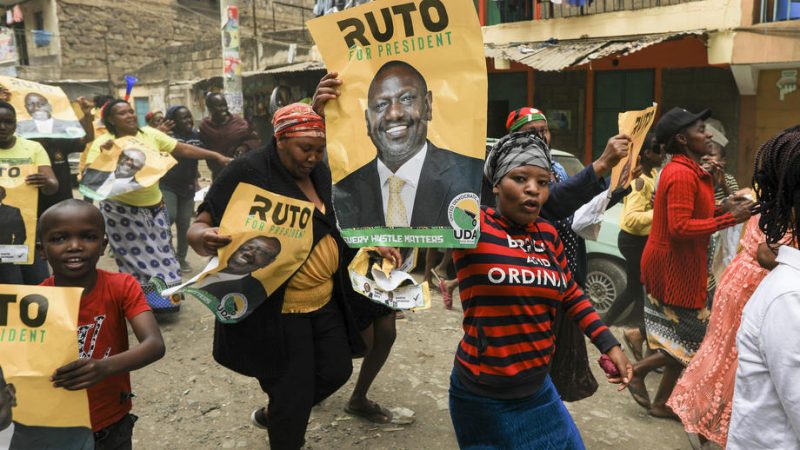 EU chief diplomat Josep Borrell will become the first Western diplomat to formally congratulate Kenya’s President-elect William Ruto on Saturday (10 September) and is expected to call for relations between Brussels and Nairobi to be deepened in the coming years.

Ruto narrowly defeated his rival Raila Odinga by 50-49% in the presidential elections on 9 August. However, he was only confirmed as the winner earlier this week when the Kenyan Supreme Court threw out petitions filed by the opposition that the polls had been rigged and manipulated and demanded a rerun.

While senior United States Senator Chris Coons was dispatched to Nairobi for meetings with Ruto, Odinga and outgoing President Uhuru Kenyatta following the official announcement of the 9 August polls, Borrell’s is the first major diplomatic visit since Ruto’s victory was confirmed by the Supreme Court.

The EU’s election observation mission gave a qualified green light to the election process, although its officials indicated to EURACTIV that the independent electoral boundaries commission had been ill-prepared, pointing to a series of ‘contradictory’ last-minute decisions ahead of the elections.

One of the EU’s main diplomatic partners in Africa, particularly on anti-terrorism in the region, the EU launched a ‘strategic dialogue’ with Kenya in 2021. The dialogue focused on promoting peace and security in the region, fighting poverty through trade and investment, environmental conservation and fighting climate change, defending democracy and the rule of law, and human rights.

However, most of the western diplomatic community had quietly hoped for an Odinga victory.

Relations between Brussels and the Kenyatta government went into a deep freeze after the International Criminal Court (ICC) indicted Ruto and outgoing President Uhuru Kenyatta on crimes against humanity charges related to the violence that followed the disputed 2007 elections, in which Odinga was again narrowly defeated by Mwai Kibaki in an election widely believed to have been stolen.

The ICC case against Ruto was eventually dropped in 2016, despite the Hague-based court expressing frustration that a significant number of witnesses had either disappeared or refused to testify.

Borrell’s visit to Nairobi appears to have been tacked on to a two-day visit to Mozambique to promote the EU’s military training mission, as well as address the global food and energy crisis and cooperation for the continent’s peace and security

The training mission in Mozambique, which is designed to train soldiers to deal with Islamist militia attacks in Cabo Delgado province and the major natural gas exploration project run by Total, is the only EU military mission apart from Ukraine to have survived budget cuts this year. With Europe anxious to find alternatives to Russian gas, the Total project has been mooted as a possible supplier.

In a tweet on Thursday, Borrell said that he had “discussed with the European business community in Mozambique how massive natural gas reserves in Cabo Delgado can benefit the country’s stability and peoples’ prosperity – and at the same time help to tackle energy crises and global gas demand.”