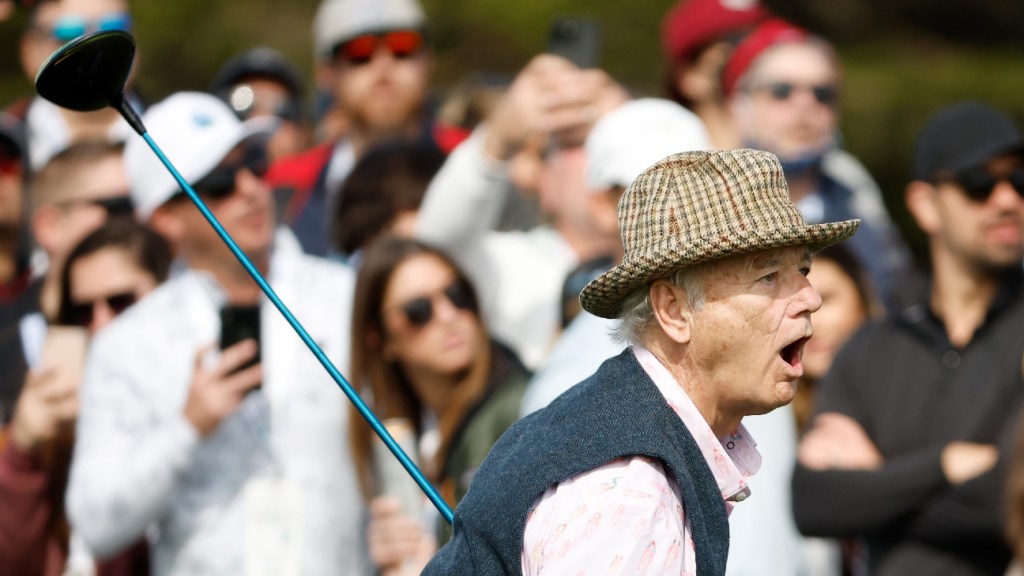 So he’s got that going for him, which is nice.

Bill Murray has gone viral with a putt he made Saturday at the annual Pebble Beach Pro-Am. The iconic comedic actor hit a no-look putt and then tossed his club to the side in epic Carl Spackler fashion. Fans and TV commentators ate it up.

Murray played fan-favorite Carl in the ’80s golf classic Caddyshack. The actor is also well known as an avid sports nut and golfer. In 2016, Murray, along with his brother Joel, launched an apparel brand called William Murray Golf.

Video of Murray hitting the putt had more than 2.4 million views on the PGA Tour’s tweet alone. Murray was trending on Twitter Sunday as fans shared the video with great delight. Murray always draws a crowd when in plays in the pro-am as he naturally loves to be a goof (in addition to being an excellent player) for the cameras and onlookers

The 71-year-old Ghostbusters star is among 27 celebrities playing at the pro-am this weekend, others include Los Angeles Dodgers star outfielder Mookie Betts and rapper ScHoolboy Q.