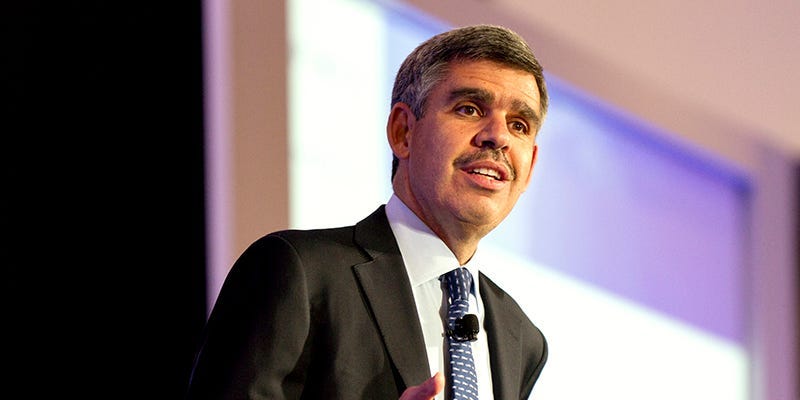 Famed economist Mohamed El-Erian says investors who think markets have reverted to normal after a brutal sell-off should remain “humble,” with multiple hurdles standing in the way of prolonged market stability.

In a Bloomberg op-ed column, El-Erian warned that the status quo is likely to change if both Russia and the West become more involved with the crisis in Ukraine. Despite last week’s stock rally, he still expects more

Regarding the seemingly “normal” market behavior, El-Erian pointed to a combination of attractively low valuations, the prospect of the

easing its tightening policy in light of war, and “long-term behavioral conditioning to buy the dip.”

But those conditions won’t last much longer if additional geopolitical pressures mount.

“Normality will not be able to persist long if the situation in Ukraine worses, if sanctions cripple the Russian economy, if arrears and debt restructurings mount, and if the economic and financial spillovers to the rest of the world are not contained,” El-Erian wrote.

While he isn’t trying to predict what’s going on “on the ground” due to its complexity, El-Erian said he’s focusing on a select few principles.

“Retain a lot of flexibility,” El-Erian told Bloomberg in a separate interview Monday. “Don’t commit to a certain outcome because there’s a whole range of potential outcomes, and just be humble and have humility through this.”

So far, Russia has grappled with a cratering stock market, the collapse of the Russian ruble, and the country’s biggest bank plunged 77%.

What’s more, oil and gas prices are skyrocketing, as sanctions imposed on Russia threaten to choke its exports.

“This is the sort of thing we will be talking to our kids and grandkids about in terms of major geopolitical change,” he added.