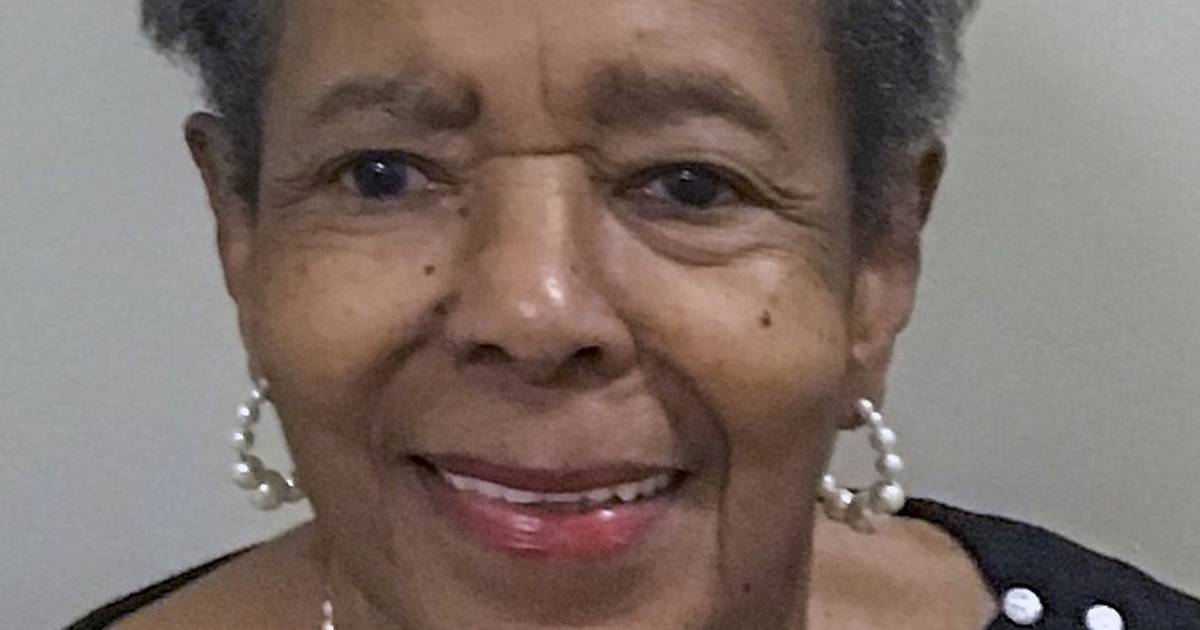 Beverly Danielle Boston, a retired Baltimore City School mathematics department chair who was a leader in her church and sorority, died of congestive heart failure July 8 at Union Memorial Hospital. She was 83.

Born at home on Harlem Avenue in Baltimore, and raised in the Gilmor Homes and on Ruxton Avenue, she was the daughter of Grace Johnson Gibson, a Board of Elections supervisor, and Daniel Johnson, a maintenance supervisor and sanitation engineer.

“Beverly was the first of four children and grew up in a very loving home, surrounded by an extended family of aunts, uncles, cousins and her beloved grandmother,” said a sister, Bonnie Green.

She met her future husband, Frank Dobson Boston Jr., while in high school. He was later a member of the Maryland House of Delegates.

“My mother held strong opinions and even though she was a math teacher, she valued the importance of reading. She was a devoted fan of the Enoch Pratt Free Library,” said her daughter, Carmen Lynette Boston. “She promoted the achievements of her children and grandchildren; she often highlighted she had grandchildren at Yale and New York universities.”

Gary Moeller, who coached football at Michigan, Illinois and for the Detroit Lions died July 11, 2022. He was 81. The University of Michigan announced his death, and no cause was provided. (Paul Sancya/AP)

“Over a career that spanned more than 30 years, Beverly was known as a stellar teacher,” said her sister, Bonnie Green. “She pursued comprehension of the material. She did not want her students to merely get a right answer; she taught understanding. She had the ability to excite students about math from algebra to calculus and everything in between. She would often encounter her former students and took great pride in their success.”

She became an active member of the Baltimore Alumnae Chapter and was chapter president from 2002-2006. She chaired a committee that awarded annual college scholarships and followed the careers of those who received the sorority’s tuition gifts.

She was a Delta Sigma Theta National Heritage and Archive Committee member.

After living on Winterbourne Road near Leakin Park for many years, she moved to the Rotunda.

“She liked being around the young people from Johns Hopkins,” said her son, Frank Boston Jr. “She was the family matriarch. And she survived cancer five times.”

In 2006, she joined the Baltimore Homeless Youth Initiative and worked on a plan to use Springhill Elementary School and build permanent housing with services and programs for homeless teens and young adults.

She was a daily reader of The Baltimore Sun and often clipped articles she distributed to friends and family.

Mrs. Boston referred to herself as “Alpha,” being the first born, and became a social director for her family.

Mrs. Boston was a ballroom dancer who danced the cha-cha.

“She loved keeping up with family and friends through long telephone conversations,” said her sister, Bonnie Green.

She like attending performance events. Her favorite was Revelations, performed by the Alvin Ailey American Dance Theater.

Services will be held at 11 a.m. on July 19 at Milford Mill United Methodist Church at 915 Milford Mill Road in Pikesville. A Delta Sigma Theta sorority service precedes the funeral at 10 a.m.

Her husband, Frank Dobson Boston Jr, died in 2011. He served in the Maryland House of Delegates and was Baltimore City Delegation chair.