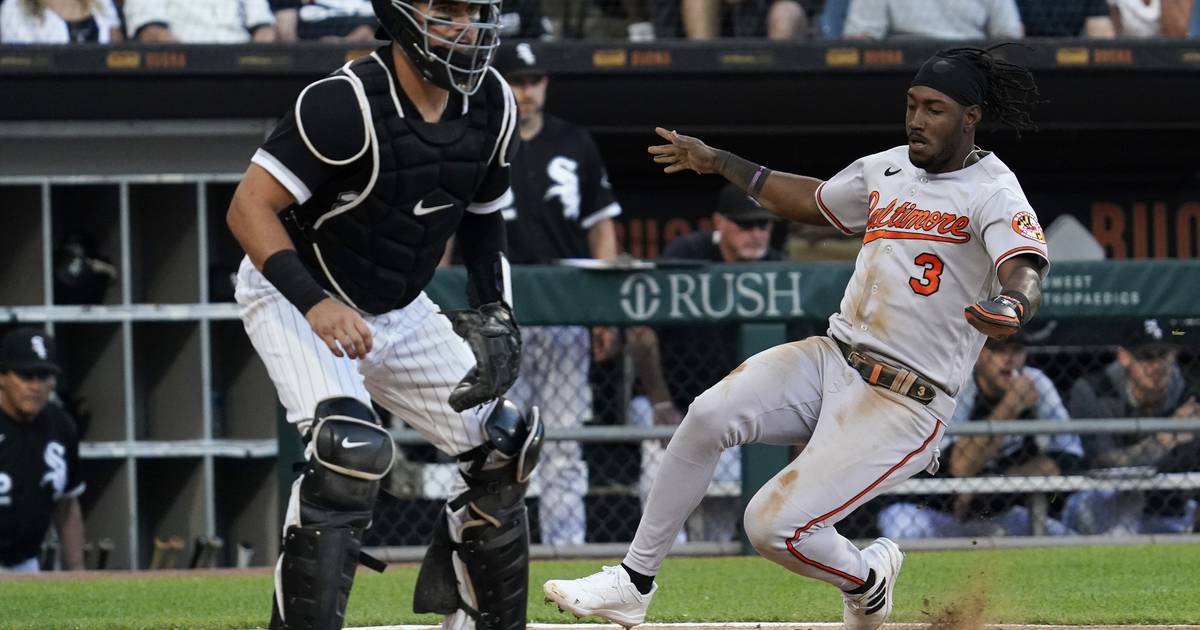 CHICAGO — Jorge Mateo took Michael Kopech’s 99 mph fastball to the ribs, and then the jawing began. Soon, members of the Orioles and Chicago White Sox streamed onto the field from the dugouts and bullpens to continue the discussion. Although tempers remained high, players and coaches returned to where they came from, except for Mateo, who settled in at first base with two outs.

Naturally, the Orioles’ speedster stole second, then scored when Richie Martin singled into right. Martin then stole second and third, and though he was stranded there, that potential run wasn’t necessary in Baltimore’s 4-1 victory at Guaranteed Rate Field on Friday night, the club’s third in a row and sixth in eight games.

For the second straight turn through the Orioles’ rotation, a bullpen game started by Austin Voth ended with just one run allowed, as Voth combined with four other former waiver claims to hold the reigning American League Central champion White Sox to just one hit.

The White Sox jump-started their rebuild with big trades. The Orioles are finally benefiting from theirs. https://t.co/gzTTqz7sEW

Voth was handed a lead before even taking the mound. Leadoff man Cedric Mullins reached on a bunt single, stole second, went to third on a groundout and scored on a wild pitch. Mullins’ steal was the first of five from the Orioles (33-39), their first game with that many swiped bags since the 16-inning contest in July 2019 that ended with Stevie Wilkerson recording the first save by a position player.

No such feat was needed Friday. The skirmish came in the second inning, though it didn’t escalate beyond yelling and no one was ejected. Shortly after Mateo stole second, umpires stepped between him and White Sox shortstop Tim Anderson, who continued exchanging words.

Voth gave up a run in the bottom of the second, only the second Baltimore had allowed in 27 innings. That stretched to 34 by game’s end, with Joey Krehbiel, Bryan Baker, Cionel Pérez and Jorge López posting scoreless appearances behind Voth’s three innings.

The Orioles added a pair of insurance runs thanks to a trio of doubles.

In the fourth, Adley Rutschman continued his hot stretch by sending a ball down the right field line. It marked the 24-year-old’s 11th extra-base hit in his past 13 games, a feat matched by only six other Orioles age 25 or younger: Manny Machado, Jonathan Schoop, Nick Markakis, Cal Ripken Jr., Eddie Murray and Don Baylor.

Trey Mancini and Austin Hays hit consecutive doubles off the wall in left-center field in the eighth for the game’s final run.

The Orioles placed rookie starter Kyle Bradish on the 15-day injured list with right shoulder inflammation. The club had already pushed his scheduled start back a day, prompting Voth’s outing. In his place, the Orioles recalled right-hander Marcos Diplán and will likely add Spenser Watkins to the major league roster to start Saturday’s game.

“After his side session a couple of days ago, just a little bit of soreness, but we’re doing this out of precaution,” manager Brandon Hyde said. “We’re hoping it’s just going to be a couple weeks, but he does have some fatigue in there, and we’ll take a couple of weeks to get some treatment.”

>> Second baseman Rougned Odor was out of the lineup for a second straight game with a sore back.

>> At Triple-A Norfolk, No. 7 prospect Jordan Westburg recorded five hits, while No. 9 prospect Kyle Stowers had four, including a home run.

>> No. 10 prospect Heston Kjerstad, the second overall pick in the 2020 draft, hit his first professional home run for Low-A Delmarva.

This story will be updated.