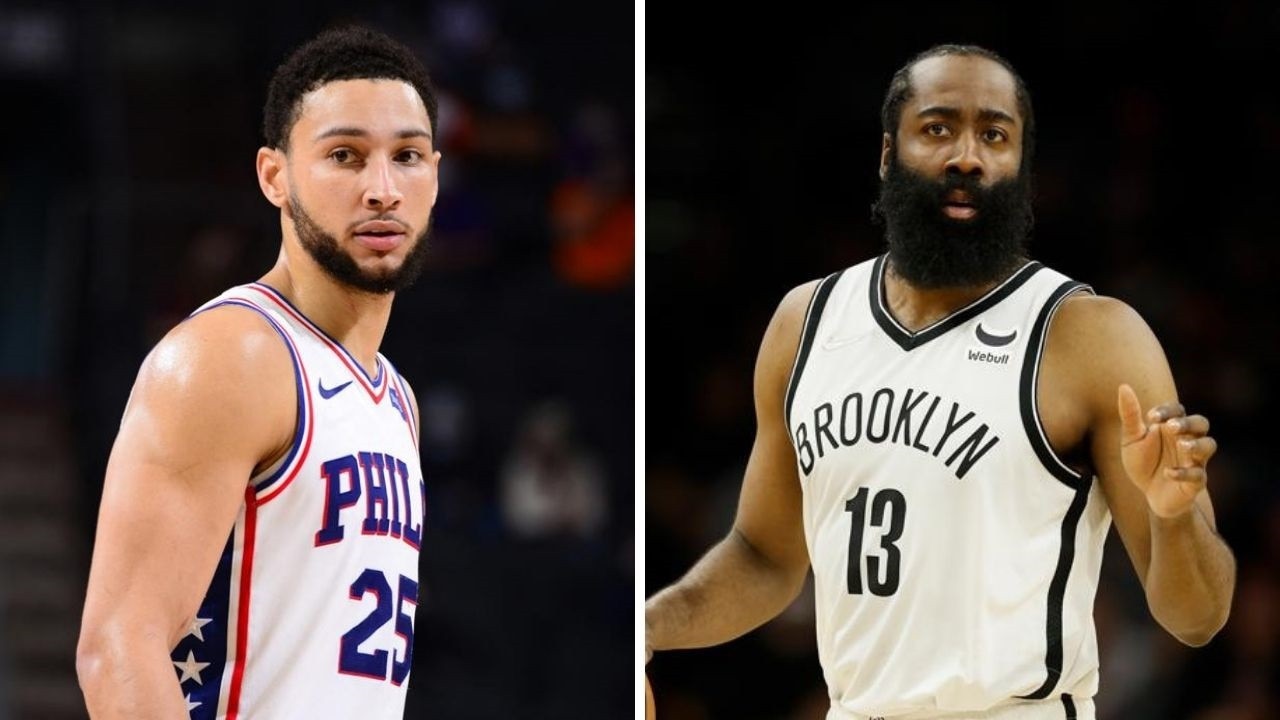 Ben Simmons is finally leaving Philadelphia courtesy of a blockbuster trade that has reverberated around the NBA.

The 76ers are getting rid of the disgruntled Aussie in a blockbuster trade confirmed on Friday morning (AEDT) that will see them acquire Brooklyn Nets superstar James Harden.

The Nets are trading Harden to the Sixers for Simmons, Seth Curry, Andre Drummond and two first-round draft picks before the NBA trade deadline, according to ESPN.

Harden declined to sign a contract extension with Brooklyn before this season and is eligible to become a free agent this winter. He’s believed to have issues with anti-vaxxer Kyrie Irving not being able to play home games, because of vaccine mandates in place in New York City.

That, combined with connections he has to people within the Sixers, seemed to pave his road from Brooklyn to Philadelphia.

The Nets then lost to last year’s eventual champions Milwaukee Bucks in a seven-game second-round playoff series in which both Harden and Irving suffered injuries.

Simmons has not played this season after requesting a trade for the 76ers during the offseason. The Melbourne-born star reportedly didn’t feel supported after a rough showing in last year’s playoffs and earlier this season was said to not be mentally ready to play for Philly.

Simmons hasn’t stepped foot on the floor this season after refusing to suit up for the Sixers, citing mental health reasons.

The 25-year-old demanded to be traded and was prepared to sit out the entire NBA campaign if a deal couldn’t be done, such was his anger at being thrown under the bus by his teammates and coach following last year’s ugly playoffs exit at the hands of the Atlanta Hawks.

Simmons’ unwillingness to shoot became the hottest topic in the Sixers’ post-season horror show as he came under heavy fire from all quarters for not showing enough intent on offence. Many pundits pointed to that glaring weakness as the primary reason for Philly’s failure to progress further in the playoffs.

Simmons was fined million of dollars for missing team activities in the pre-season and then into the season proper, but he still wasn’t willing to wear a Philadelphia jersey again. He wanted out but the organisation wasn’t prepared to let him go unless it could secure a bona-fide superstar in return.

Trade rumours have abounded for months but nothing had materialised because other teams weren’t offering up packages or players attractive enough to convince the Sixers to part with their three-time All-Star.

But their divorce was made official on the eve of the NBA trade deadline expiring and Simmons will become the second Australian on Brooklyn’s roster, joining Patty Mills in New York.

The Nets have been building a super team by recruiting Harden, Irving and Durant with the intent of winning a championship. The loss of Harden will hurt but Simmons at his best is still one of the most influential players in the NBA.

Before the trade was announced, ESPN reported Harden was keen to leave Brooklyn but had avoided making a formal approach to the Nets, for fear of the backlash he would receive from fans for asking to be traded twice in as many years.

The 10-time All-Star was with Houston for nearly a decade before heading to the exit in 2021, and his stint in Brooklyn has been shorter than many would have anticipated — and ends without that highly sought-after championship.