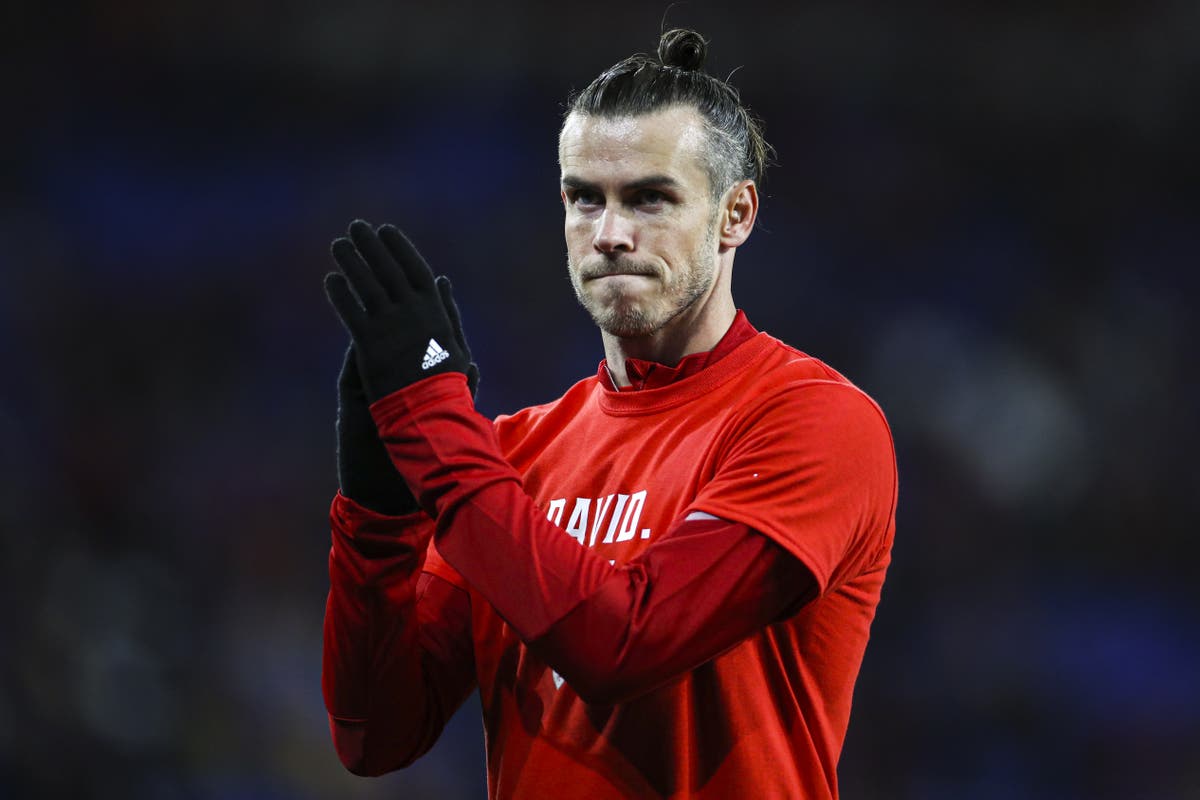 Ben Davies has paid tribute to “role model” Gareth Bale after the Wales captain became only the second member of the 100-cap club for the men’s national team.

The Real Madrid forward played only the first half after two months out with a hamstring injury, but the 32-year-old said his withdrawal was purely a precaution and he expects to face Belgium in the final qualifier on Tuesday.

“It is amazing,” Davies said after Bale had followed Chris Gunter to the three-figure landmark and was given a huge ovation as he led the players around the pitch following the game.

“For all the commitment he has shown to Wales over the years, the determination to reach this milestone, it is nothing more than he deserves.

“What he has done for Welsh football has been incredible.

“To reach the 100 mark, which I know he has really been pushing for a while, is amazing.

“For us as a squad, what a role model we have in him.”

Tottenham defender Davies marked his 68th cap with a first goal – “something I dreamed of as a kid” – as Harry Wilson’s corner flew in off his shoulder.

It helped Wales to their biggest victory since beating China 6-0 in March 2018 and took them above the Czech Republic into second place in their group.

Wales know a positive result against the world’s No1 side at the Cardiff City Stadium could clinch semi-final home advantage in the World Cup play-offs.

The Dragons are already guaranteed at least an away semi-final in March through their Nations League results.

Davies said: “We can’t wait for Belgium now. It is still in our hands.

“We have a chance to cement that second place and we are determined to do that.

“It has been a tough group. We have played well in patches but haven’t reached the levels we can.

“If we can get there, having not played our best, we will be delighted.”

Aaron Ramsey’s double, an early tap-in and a second from the penalty spot just after half-time, took him to 20 Wales goals in 70 appearances.

The Juventus midfielder is now sixth on the all-time Wales scoring list having moved above former team-mate Craig Bellamy.

Davies added: “Gareth has got us out of a lot of sticky situations in the past, but it is important other players deliver around him.

“Everyone up top was excellent, they worked hard and were ruthless in front of goal.

“But I don’t think we can ever be satisfied. The best moments are when we have been in major tournaments.

“That is where we thrive and where we want to get to again. Until we get there we can’t be satisfied.”