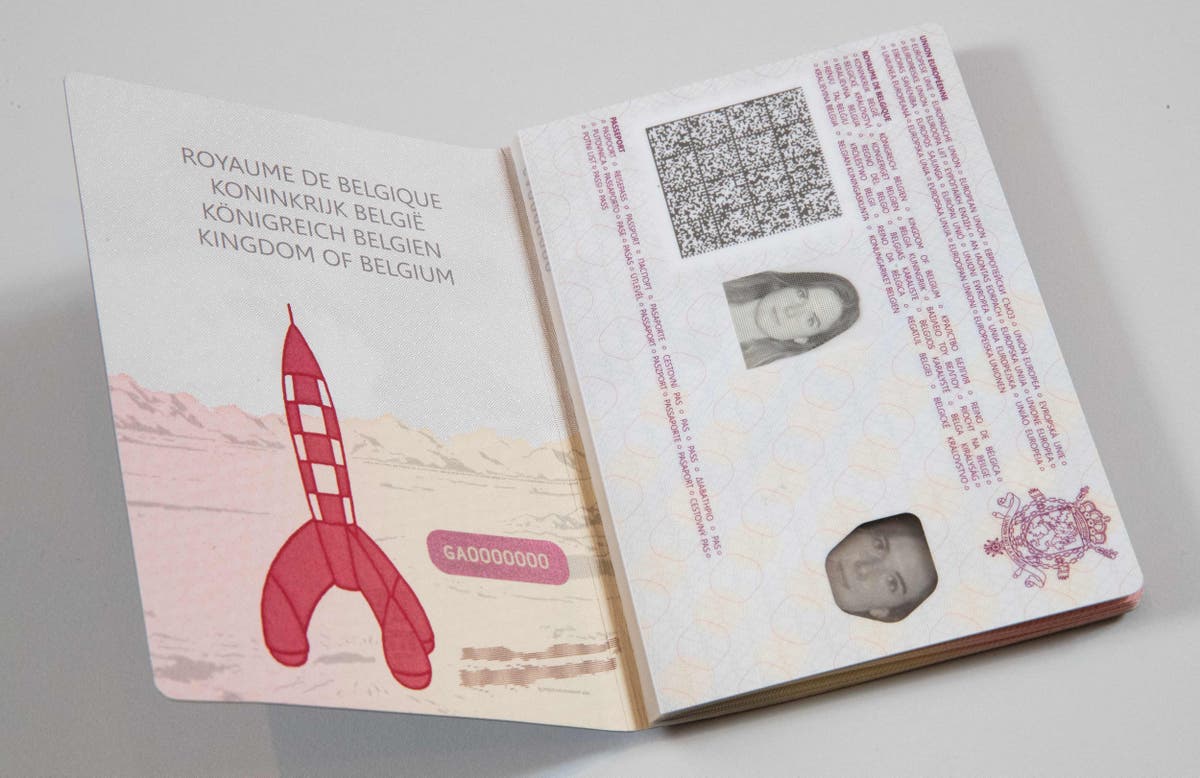 Belgium’s new passports have been branded “the world’s coolest” thanks to the inclusion of beloved characters such as Tintin and the Smurfs.

The latest redesign has won admiration from around the world for featuring the country’s best-known cartoon figures.

Tintin’s famous red and white checked moon rocket will adorn the first page of the travel document, while the Smurfs will also feature, alongside fellow Belgian comic book characters Lucky Luke, Blake and Mortimer and Marsupilami.

The characters were described as “a central element of our culture and our influence abroad” by Belgian foreign minister Sophie Wilmès.

She added: “The Belgian passport is one of the best in the world, it is a source of pride for us, but also an object of desire for counterfeiters.

”This is why we are constantly working to improve its security.“

The move has cause no small amount of jealousy from citizens of nations whose passports aren’t quite as whimsical.

“I guess I am applying for a Belgian citizenship then?” tweeted one social media user, while another commented: “Brb moving to Belgium.”

“What a novel method of honoring the culture and expanding it at the same point,” wrote one fan of the design.

The Adventures of Tintin, now a world-famous comic book series which inspired a major film adaptation in 2011, was first created by Belgian cartoonist Georges Remi, writing under the pen name Hergé, in the late 1920s.

Meanwhile, the Smurfs – originally known Les Schtroumpfs – are another outrageously successful Belgian export, which started life as a series of Belgian comics by artist Peyo (the pen name of Pierre Culliford) in 1958.

The colony of small blue characters featured in two Hollywood film adaptations in 2011 and 2013 respectively.