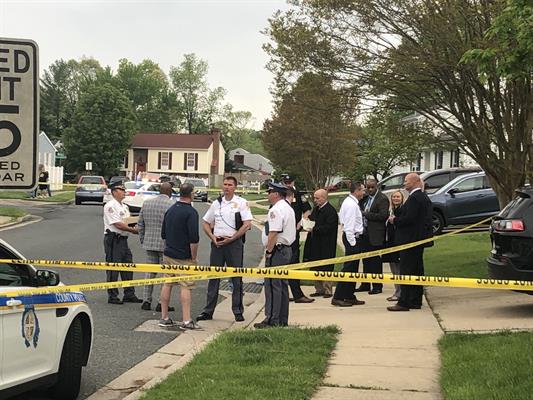 Police fatally shot a person late Wednesday afternoon inside a home in Essex.

An 11 News crew on the scene has discovered that Baltimore County police obtained a home name round 4 p.m. and two officers initially arrived at a home within the 900 block Boundbrook Way in Essex.

SkyTeam 11 Capt. Roy Taylor stated officers arrived, one thing transpired inside the home and an officer discharged their weapon, killing an individual.

Neighbors advised 11 News they heard as many as three gunshots and stated the one that was shot was a 40-year-old man.

As of 5:07 p.m., county police have solely stated, “Baltimore County police are on the scene of a police-involved shooting that occurred in the 900 block of Boundbrook Way in Essex.”

According to neighbors the daddy of the sufferer is a retired metropolis firefighter. pic.twitter.com/8vdfVh7ref

This report can be up to date.