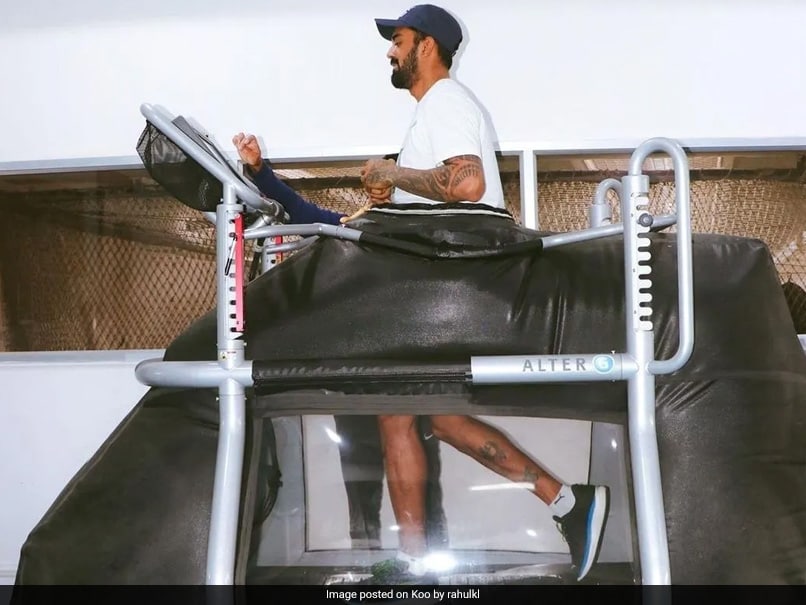 KL Rahul working out during a gym session© KOO

Team India was dealt a huge blow ahead of the start of the Test series against New Zealand as opening batter KL Rahul was ruled out of the two-match series after sustaining a muscle strain on his left thigh. Rahul showed good form in Test cricket on the tour of England earlier this year and his absence was felt in the 1st Test in Kanpur as openers Mayank Agarwal and Shubman Gill failed to put together a big partnership at the top of the order in both innings. India would be hoping that Rahul regains full fitness ahead of the tour of South Africa, which begins with a three-match Test series that starts on December 17.

In what can seen as good signs, Rahul shared some photos from a workout session on Tuesday on social media platform Koo. Rahul captioned the post as “Baby steps” followed by a strong bicep emoji which in this case could mean ‘fitness’.

Rahul was named India’s T20I team vice-captain for the three-match T20I series against New Zealand last month and he is expected to be a part of the leadership group in the years to come.

The stylish batter from Karnataka has established himself as one of India’s leading lights and plays all three formats with great finesse and aplomb.

India would expect Rahul to open the innings along with Rohit Sharma on the tour of South Africa as the duo gave India some starts at the top of the order on the tour of England.