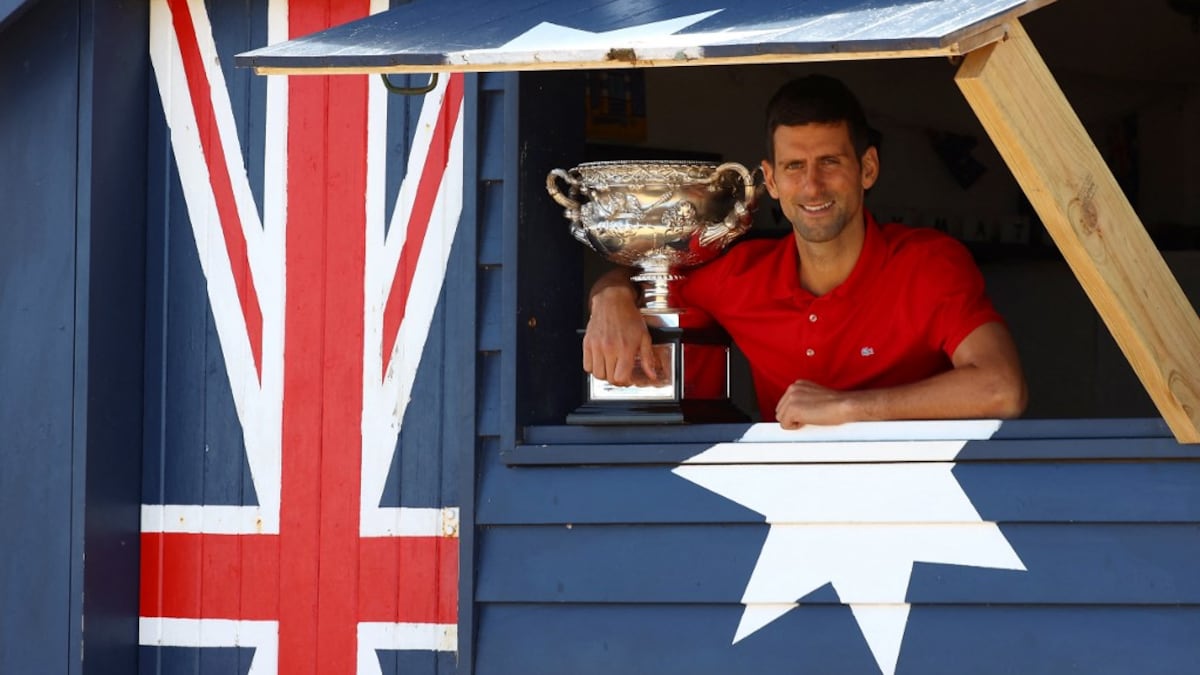 The rapidly spreading Omicron variant, no Serena Williams or Roger Federer and now the Novak Djokovic saga — the Australian Open is struggling to live up to its “Happy Slam” reputation. With the tournament just 10 days away, there was the threat Friday of more disarray with the possibility of other players being in a similar predicament to the world number one. The vaccine-sceptic Djokovic, the Australian Open defending champion, was detained on arrival in the country this week, his visa cancelled for failing to meet tough coronavirus pandemic entry restrictions.

The 34-year-old Serb is now languishing in a Melbourne immigration detention facility and fighting deportation.

Tennis Australia, which organises the first Grand Slam of the year, is in the spotlight for its role in the debacle having been part of the process that got Djokovic a medical exemption from having a Covid jab.

An online analysis piece by national broadcaster ABC said that the Open “is in chaos with arguably the tournament’s biggest drawcard on the men’s side in limbo and the decision-making of organisers and government under intense scrutiny”.

The Australian Open is known as the “Happy Slam” for its perfect weather, bumper crowds and party atmosphere at Melbourne Park, which sits beside the banks of the Yarra River.

But like all major sports events since coronavirus emerged in late 2019 in China, the pandemic has come calling.

Last year’s Australian Open was thrown into doubt by Covid and eventually started three weeks late before fans were barred mid-tournament when authorities ordered a snap lockdown across Victoria state.

This year was supposed to be different with the vaccines, but then came Omicron and infection numbers rising fast in Australia and beyond.

Even if Djokovic, who is chasing a record-breaking 21st Grand Slam title, does go on to defend his title, the tournament will still be missing some star power.

Federer, who also has 20 Slam titles, will not be there as he battles to recover from a knee injury.

Also absent will be the American Serena Williams, who is managing her workload into the twilight of another of tennis’s great careers.

Rafael Nadal will be there, having recently been “very sick” with Covid, but it remains to be seen if he can compete at his devastating best.

But this could be the chance for someone else in the men’s game to really emerge from the shadow of the “Big Three” of Djokovic, Federer and Nadal.

World number two Daniil Medvedev could be that man and he senses an opportunity to add to his US Open crown from last year.

“I think if he won’t be there, that’s minus one guy who has 20 Slams, and that’s a lot,” said the Russian of Djokovic.

Medvedev, who will be the top seed if Djokovic fails to make it to Melbourne Park, added: “When somebody wins it nine times, he’s not there, the draw opens up a little bit. There is no secret in it.”

And even though there is no Williams in the women’s draw, defending champion Naomi Osaka has returned from a self-enforced break for her mental health and said she is determined to enjoy herself.

The four-time Grand Slam champion said this week that being back in Australia was like “a breath of fresh air”.

There is local excitement around Australia’s world number one Ash Barty while there is also the emergence of new stars in the women’s game such as 19-year-old US Open champion Emma Raducanu and US prodigy Coco Gauff.

The ABC piece warned however that no matter what happens with Djokovic, the damage has been done.

“While TA (Tennis Australia) and others will be hoping for a quick decision, the reality is that the presence of the world number one is likely to be hanging over the tournament no matter whether he wins or loses,” it said.