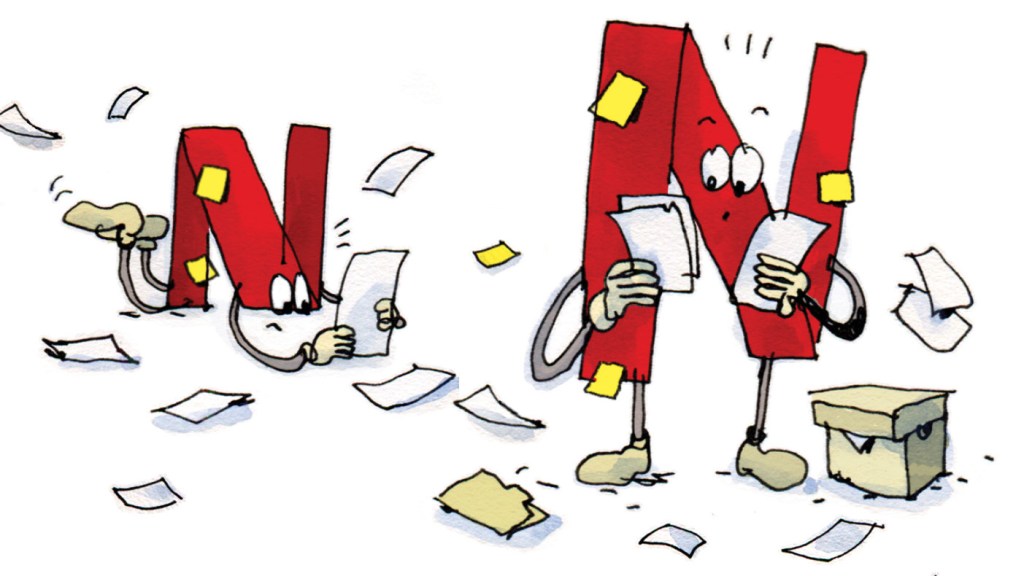 As Wall Street takes a magnifying glass to Hollywood’s streaming businesses — beyond scale and subscriber growth — one metric is gaining favor: average revenue per user (ARPU).

Netflix records more revenue for each subscriber than such rivals as Disney and Warner Bros. Discovery, with global monthly ARPU of nearly $12, or close to $16 in North America, where consumers traditionally pay higher streaming subscription fees than in international markets.

A key reason: Its prices have been above where rivals started off pricing their services, and the streaming titan (with 221 million subscribers globally) has repeatedly raised them over the years. Overall, the Reed Hastings and Ted Sarandos-run streamer turned a net profit of $5.1 billion in 2021, with management forecasting that its free cash flow loss of $159 million for the latest year will turn into a roughly $1 billion profit this year, demonstrating its ability to fund its operations without external financing.

“Netflix is at a different phase of growth compared to rivals,” Paolo Pescatore, analyst at PP Foresight, says. “It is by far a more mature business in subscription video business. Hence, why it places greater emphasis on growing ARPU.”

Netflix has also driven ARPU via such moves as a crackdown on password sharing. “If Netflix can capture any meaningful percentage of the 100 million global households that are sharing today, it can truly enhance ARPU growth,” Morgan Stanley’s Benjamin Swinburne emphasized in a report. “Every 10 million members at a $3 monthly lift is potentially a 6 percent lift to operating income in ’23,” even though the company hasn’t set any pricing yet and remains in a test phase.

Swinburne also sees potential ARPU growth for the streaming giant from its planned lower-priced ad tier in markets, such as the U.S., where advertising-supported services can attract significant ad revenue. “Netflix can likely introduce lower-priced tiers to drive incremental net adds without sacrificing, maybe even enhancing, ARPU,” he said. “Leveraging that to drive ARPU [and] revenue, with less of a lean on consumer price increases, is a positive strategic step in our view.”

Competitors are now talking up pricing and ARPU upside. “Our current ARPU is almost $8 globally, comprised of nearly $11 domestically and almost $4 internationally,” Warner Bros. Discovery’s global streaming chief, JB Perrette, said during an Aug. 4 earnings call. The exec said the newly merged firm would shift away from “heavily discounted promotions” for its streaming services, would hike prices, “particularly in certain international regions where we are well below market,” and plans to raise prices in a drive for profits in 2024.

At Disney, management predicts Disney+ will reach profitability in fiscal year 2024 as well. But its services have an uphill challenge. For example, Disney+ Hotstar, which operates in India and other markets, accounts for 58.4 million of Disney+’s 152.1 million subscribers. But ARPU for Disney+ Hotstar sits at $1.20, while the figure at Disney+ excluding Hotstar is $6.29.

“A key surprise is that Disney is not launching its ad-supported tier at a lower price point,” highlighted Goldman Sachs analyst Brett Feldman in a report, referencing Disney+’s $7.99 a month cost, with ads, starting in December. “As such, there is no risk of ARPU dilution from subscribers downgrading.”

Helping the Mouse House get to profitability will be “several upcoming catalysts, including reaching a steady state of tentpole original content releases, delivery of premium general entertainment and international local originals and the upcoming launch of our ad-supported tier, alongside the new pricing structure,” CFO Christine McCarthy touted. (McCarthy also noted that “the reported ARPU for international Disney+ was impacted by the unfavorable exchange rates in the quarter.”)

Part of the increased focus on ARPU is that subscriber growth has slowed too. In the latest quarter, domestic subscriber additions for Netflix, Walt Disney, Warner Bros. Discovery, Paramount, NBCUniversal and AMC Networks came in at an aggregate of only 2.7 million, a MoffettNathanson report noted. “That represents the lowest single quarterly increase in the post-2020 period and a clear sign that the streaming wars have given way to the reality of financial markets,” analyst Michael Nathanson argued.

“ARPU is critical for revenue and cash flow growth,” says Hal Vogel, CEO of Vogel Capital Management. “The problem is that consumers in wealthy countries are already tapped out,” he says, noting that “the cardinal economic rule is that you don’t raise prices in a recession.”

Vogel, a former Wall Street analyst, adds that higher prices tend to “encourage” subscriber losses: “Churn is very expensive to fix, because it costs a lot more to acquire a new subscriber than to keep an existing one.”

Pescatore sees churn as part of the streaming business amid various competing services and consumers keeping an eye on their wallets. “Moving forward, more people will switch and cancel services,” he predicts. “Driving engagement will help increase loyalty, which is another key element in driving ARPU for the long term.”