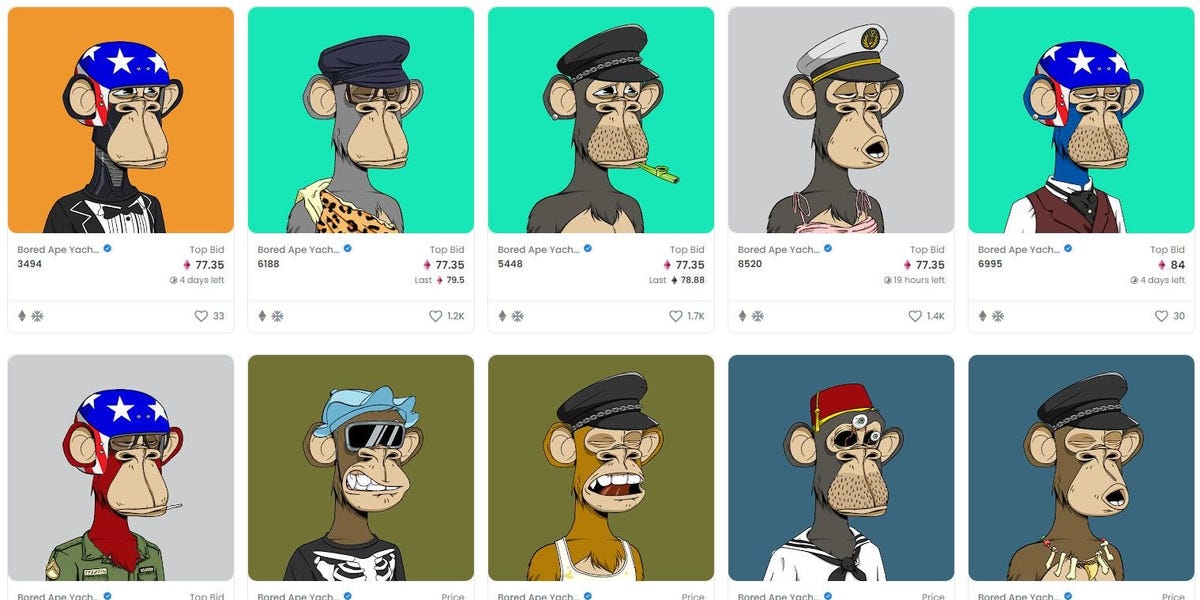 ApeDAO’s token price jumped as much as 7% on Thursday as it moves forward with the liquidation of its NFT portfolio after a community proposal to sell the collection passed with overwhelming support last week.

The distributed autonomous organization offers its token holders diversified exposure to a collection of popular NFTs like Bored Ape Yacht Club, CryptoPunks, Mutant Apes, and Cool Cats, among others. But since its launch in October 2021, the DAO’s token has been trading at a valuation well below the implied value of its NFT collection. On Thursday afternoon, the coin was trading at $15.29, according to CoinMarketCap.

After a failed proposal for the DAO to pursue a “comprehensive professionalization effort” to help close that valuation gap, a new proposal was launched by members of ApeDAO to liquidate its NFT collection to erase the discount and disburse the proceeds to its token holders.

“Given the current gap between $APED price and net asset value of DAO holdings, liquidating the DAO would generate substantial returns for $APED Holders,” the proposal said, estimating that a conservative six to eight ether could be distributed for every 1,000 ApeDAO tokens.

The proposal ultimately ended last week with an overwhelming 65% of respondents voting in favor to liquidate the NFT portfolio. Now, portions of the NFT collection are starting to hit the auction block.

“ApeDAO has started liquidating its non-bored apes yacht club assets!” the DAO tweeted on Tuesday. Each auction lasts 24 hours, and so far 13 NFT assets have been sold from the collection. The sales so far include Cool Cats, Cyberkongz, and Jenkins The Valet, among others.

The top sale so far was a Cyberkongz NFT for 15,000 ApeDAO tokens, worth about $240,000 at its most recent price. Another 33 NFT assets are up for sale by the DAO, according to a list it tweeted.

But ApeDAO is taking a more measured approach to sell its Bored Ape assets. In a February 8 proposal that received 99.9% votes in favor, the DAO plans to list its entire Bored Ape Yacht Club assets for a minimum 12,000 ether, worth about $37.8 million at current prices.

“12k ether is a decent bid considering that the longer we take to sell our assets, the more exposed we are to a drop in value,” the proposal said.

The best bid the DAO received for its assets was 10,000 ether. If ApeDAO doesn’t receive the minimum 12,000 ether bid within 48 hours, it plans to begin auctioning off its Bored Ape assets in smaller bundles or individually, the proposal said.

Since the liquidation proposal was launched on January 30, the ApeDAO token has surged 127%, partially closing the valuation gap between the price of the token and its NFT collection.