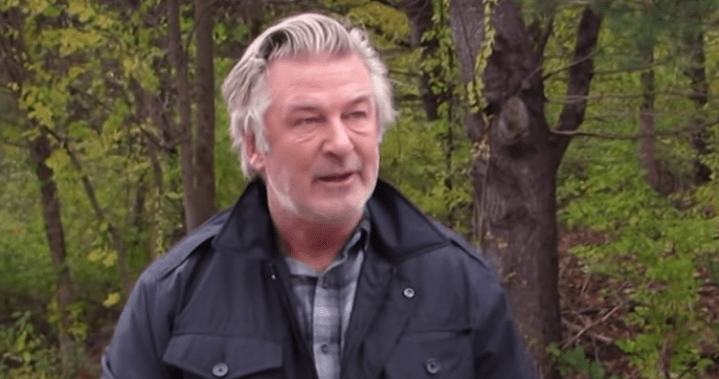 Alec Baldwin said he did not pull the trigger of the gun that fired a live bullet and killed a cinematographer on the set of the movie Rust, according to an excerpt of an upcoming television interview that was released on Wednesday.

Baldwin, who was holding a gun he was told was safe when it went off, spoke in his first full interview about the Oct. 21 shooting in New Mexico.

“Well, the trigger wasn’t pulled. I didn’t pull the trigger,” the actor told ABC television journalist George Stephanopoulos, according to the excerpt of the interview, which is to be broadcast on Thursday.

“So you never pulled the trigger?” Stephanopoulos asked.

“No, no, no. I would never point a gun at anyone and pull a trigger at them. Never,” Baldwin replied.

Recycled live ammo may have been on ‘Rust’ movie set amid fatal shooting: documents

Cinematographer Halyna Hutchins was killed and director Joel Souza was wounded in what Baldwin has previously called a tragic accident on the set of the Western movie he was making near Santa Fe.

The Santa Fe Sheriff’s Department said on Wednesday it had no comment on Baldwin’s statement. It was not known whether authorities are pursuing an accidental discharge scenario.

No criminal charges have been filed. Investigators have been focusing their efforts on how live ammunition found its way onto the set.

Baldwin says in the ABC interview that he had no idea how a live bullet got onto the set.

The actor, best known for playing an egotistical TV network executive on the TV comedy series 30 Rock, has kept a low profile since the accident at the Bonanza Creek Ranch near Santa Fe.

1:04
‘Rust’ movie set shooting: Sheriff ‘suspects’ there were other live rounds on set

Baldwin, who was the star and also a producer on the low-budget Western, “went through in detail what happened on the set that day,” Stephanopoulos said on Wednesday on ABC’s Good Morning America show ahead of the broadcast.

“As you can imagine he’s devastated but he was also very candid, he was very forthcoming. He answered every question,” Stephanopoulos said.

Two crew members have filed civil lawsuits accusing Baldwin, the producers and others on the production of negligence and lax safety protocols. The producers have said they are conducting their own internal investigation.