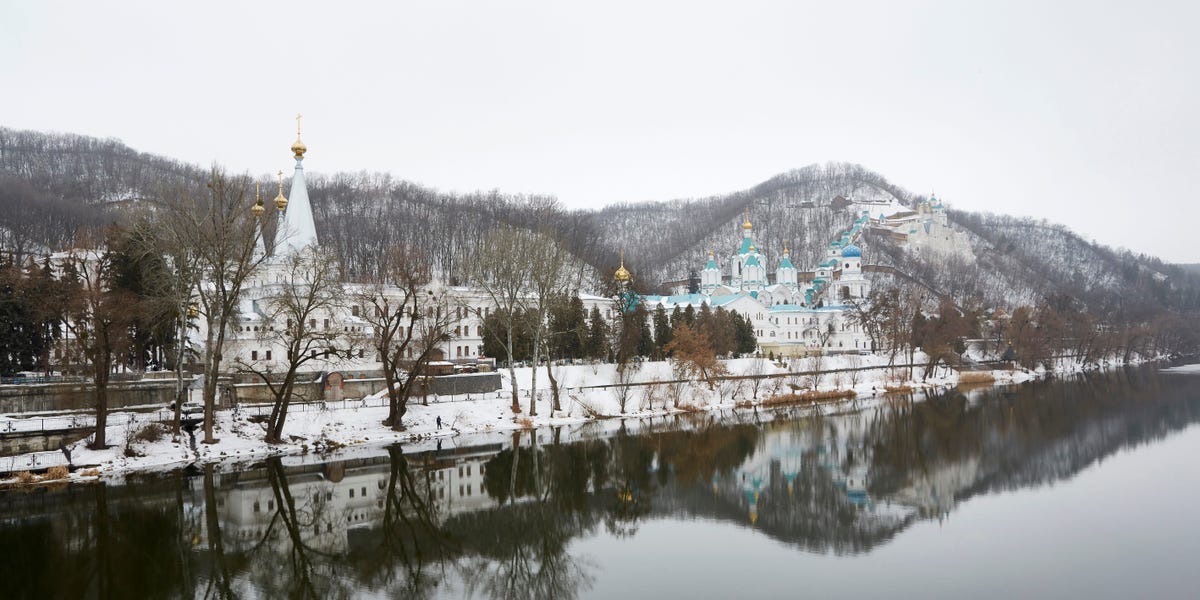 Part of the Sviatohirsk Lavra is on hearth after a Russian assault in Ukraine’s Donetsk Oblast, a high Ukrainian adviser stated on Saturday.

“The main temple of the Sviatohirsk Lavra, a shrine of the Orthodox world that has become a shelter for the refugees is on fire after (Russian) attack,” stated Mykhailo Podolyak, adviser to the pinnacle of the Office of Ukrainian President Volodymyr Zelenskyy.

A video of the temple, an Orthodox Christian monastery on the Seversky Donets River, engulfed in flames circulated on Saturday.

“A real devilish grin of the ‘Russian barbaric world’, for which nothing is sacred,” Podolyak added in a tweet. “(Ukraine) will drive the devil back behind the Iron Curtain.”

President Zelenskyy shared the identical video of the hearth in his Telegram channel.

“Russian artillery struck the Svyatogorsk Lavra in the Donetsk region again today. Destroyed All Saints Monastery. It was consecrated in 1912. It was first destroyed during the Soviet era. Later it was rebuilt. And so it was burned by the Russian army,” Zelenskyy stated.

On June 1, the Ukrainian Orthodox Church stated two monks and a nun had been killed amid Russian shelling in Svyatogorsk Lavra, Al Jazeera reported.

“The occupiers know exactly which object is being shelled. They know that there are no military targets on the territory of the Svyatogorsk Lavra. It is known that there are about 300 lay people fleeing hostilities, including 60 children,” Zelenskyy stated. “They do not care what to turn into ruins.”

Ukrainian information group Hromadske Int. confirmed the blaze in a tweet and stated no casualties had been reported but, citing the Ukrainian Orthodox Church and a Ukrainian military officer.