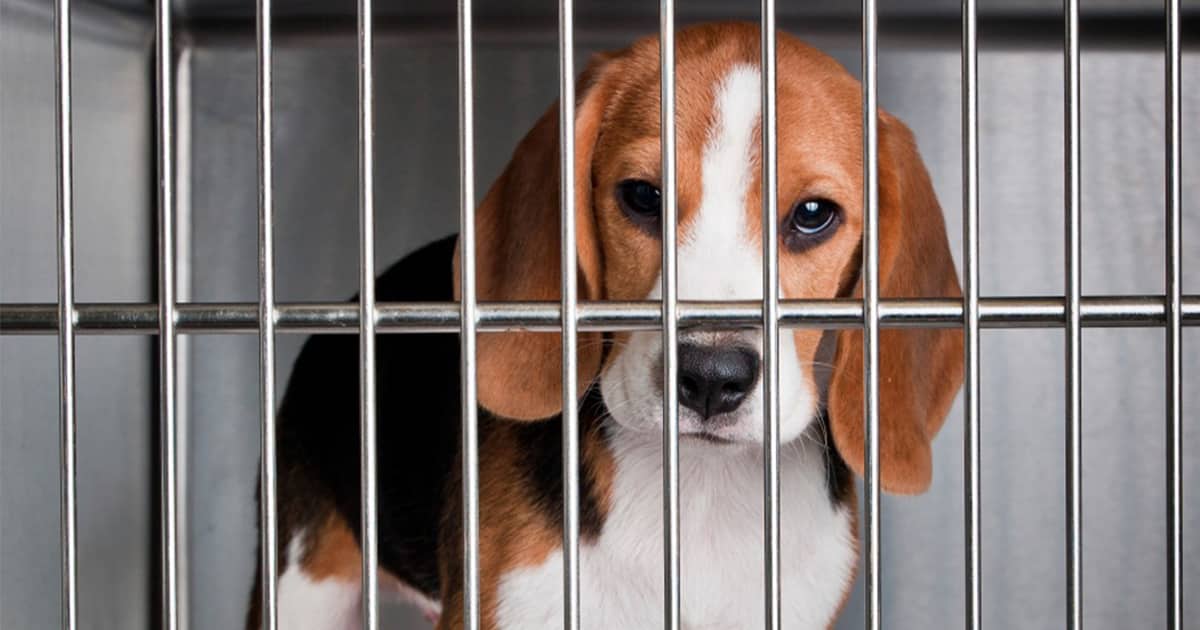 After a seven-month-long investigation into a research facility in Virginia, 4,000 beagles have been rescued. Now, however, the challenge is to transfer all of the dogs to shelters across the U.S., give them proper care, and place them in safe and loving homes.

PETA discovered that Envigo RMS, a research facility in Cumberland, Virginia, was breeding beagles for pharmaceutical research and testing, and keeping them in “horrendous conditions” in which dogs were found to be underfed, ill, and injured. “PETA’s groundbreaking undercover investigation helped spark a historic domino effect of state and federal legislative and law-enforcement action that paved the way for these dogs’ independence and this dog prison’s closure,” says Daphna Nachminovitch, PETA senior vice president of Cruelty Investigations. “Envigo’s surviving victims will soon be given the opportunity to have what every dog deserves—the freedom to enjoy life, love, and respect for their individuality as members of a family home.”

After a year of investigations, the Humane Society of the United States was finally granted a transfer plan on July 9 to remove the 4,000 remaining beagles from Envigo. So, shelters across the U.S. have been activated to find space to house all of these animals. This means sending dogs to states as far as Texas, Wyoming, and California. “It’s one of the most daunting rescues that I’ve ever heard of or have had the privilege of being involved in,” John Ramer, the executive director of the Kindness Ranch Animal Sanctuary in Wyoming, says. “When I carry one dog out of a facility, I can tap it on the head and give it a hug and tell him that everything’s gonna be OK. But pulling 4,000 out … it’s an inconceivable number of dogs.”

Homeward Trails Animal Rescue, a shelter located near the original Cumberland research facility, has already taken in hundreds of beagles—however, they are focusing their efforts on housing pregnant dogs and puppies that are harder to move safely. Adult dogs will likely be spread out across the U.S., wherever there is space. Before any of these animals can be adopted, they will all receive medical attention, and be spayed and neutered. But the hope is that each of these rescued dogs will be able to find a better life with a loving family very soon.

4,000 beagles that were rescued from a research facility in Virginia are being transferred to shelters across the U.S. and put up for adoption.