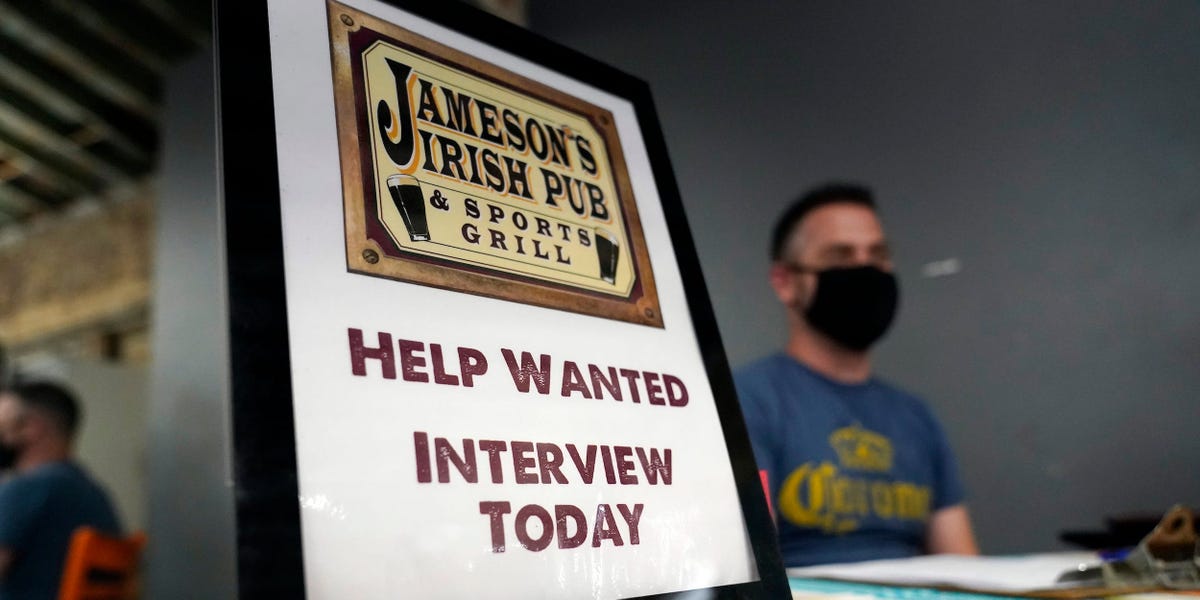 The US economy added 210,000 nonfarm payrolls last month, the Bureau of Labor Statistics said Friday morning. That came in far below the median forecast of 550,000 jobs from economists surveyed by Bloomberg.

The report shows hiring slowing dramatically from October’s revised gain of 546,000. November was expected to extend the fall’s healthy job growth after the Delta wave hammered hiring through the summer. Yet new headwinds stood in the way of blockbuster gains. Virus case counts picked up through the month after sliding through October. The supply-chain crisis eased somewhat but remained a risk to the recovery. The various bottlenecks possibly delayed hiring plans at affected firms.

The unemployment rate tumbled to 4.2% from 4.6%, according to the report. Economists anticipated a reading of 4.5%.

The number of unemployed Americans fell by 542,000 in November. Roughly 6.9 million people remained jobless when the report’s survey period ended in the middle of last month. The economy also has roughly 3.9 million jobs to recoup before payroll counts return to the pre-crisis high.

The average hourly wage climbed by 8 cents, or 0.3%, last month to $31.03. That fell just short of the consensus estimate of a 0.4% increase. Wage growth has overshot its pre-crisis trend in recent months as firms scramble to rehire. Low wages in service-industry jobs have been thrust into the spotlight as workers point to weak pay as the reason for the labor shortage. With job openings and quits still at historic highs in September, it’s likely the labor market’s unusual tightness will linger through the end of the year.

There’s a good chance the November report is the last before the Omicron variant shows up in hiring data. Cases have already been found in California and Minnesota, sparking concerns of renewed economic restrictions. The US has already imposed travel bans on several countries to curb the virus’s spread. Though little is known about the variant, early signs suggest it spreads quickly.

Even if it’s learned that vaccines protect against Omicron, fears of the new variant can hinder the recovery,

“Greater concerns about the virus could reduce people’s willingness to work in person, which would slow progress in the labor market and intensify supply-chain disruptions,” Powell said.

This story is breaking, check back soon for updates.