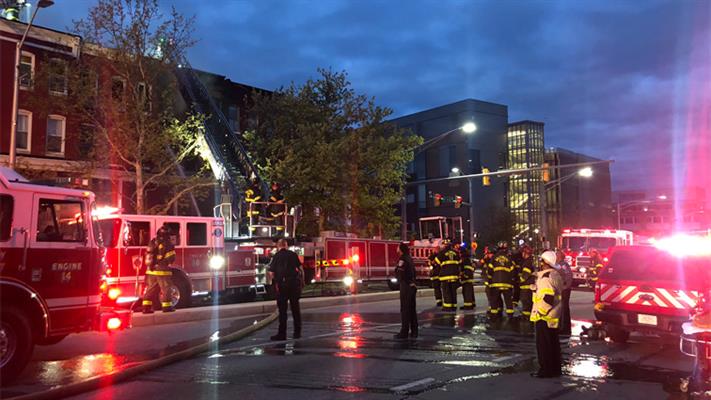 *UPDATE* Chief Roman Clark of the Baltimore City Fire Department confirmed {that a} physique was discovered after a second stroll via and was pronounced lifeless on the scene. This continues to be an lively investigation on the trigger and origin of this hearth.

According to officers, round 5 a.m. firefighters arrived on the intersection of North Avenue at Warwick Avenue in West Baltimore for a hearth at a three-story rowhome. A second alarm was known as shortly after arrival as the hearth unfold to adjoining properties.

“We did have a little issue with water supply; however, companies brought in additional water to help extinguish the fire. The incident commander asked for the second alarm due to the fact of the extension of the fire from one building to the two other buildings,” Clark stated.