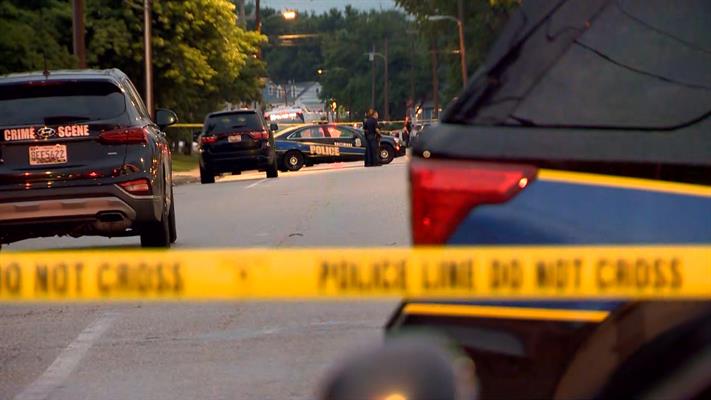 A man is dead and two other people are injured in a triple shooting in northeast Baltimore, police said.

Officers were on patrol around 7:55 p.m. Sunday in the area of Frankford Avenue and Sinclair Lane, when they heard gunshots.

Police said one of the men died at the scene and the other victims were taken to hospitals. The man is in serious condition and the woman suffered non-life-threatening injuries, police said.

“Literally, at 7:55, the officers who were on this assignment heard the gunshots and called it out and ran toward it immediately. Once again, it speaks to the brazenness of today’s criminal offender, who are committing shootings right in the presence of police officers,” Baltimore Police Commissioner Michael Harrison said.

“There needs to be a gut check everywhere in Baltimore. Don’t just look at it and say, ‘What are the police going to do’ because they were right where they were supposed to be. These folks don’t care about that,” Baltimore Mayor Brandon Scott said.

In this same area at the Frankford Gardens Shopping Center, two people were injured in a shooting last month during an attempted armed robbery of a cellphone store. This location is also near a shopping center where a drive-by shooting left three people injured on Wednesday.

At least four other people were shot in three separate incidents early Sunday morning in Baltimore City, according to police.

Police are also looking into a number of other weekend shooting incidents where at least one person has died and three others were shot.